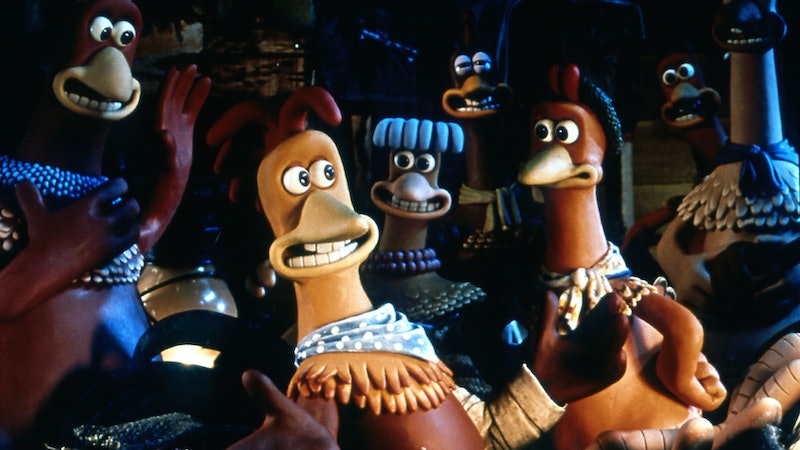 Rumours of a potential Chicken Run follow-up have been circulating for quite some time. However, upon the film's 20th anniversary, fans of the animated spectacular have received the eggcellent news they've been waiting for, because Netflix have confirmed a sequel is finally on the way. The streaming platform made the cracking announcement on social media, and details of the upcoming release have now begun to emerge. So, if you're looking forward to discovering what the next chapter will entail, here's everything you need to know about Chicken Run 2,

When Is 'Chicken Run 2' Released?

In a statement, Netflix confirmed that production on the project is "expected to begin next year." As the project is still in early days, it's hardly surprising a release date is yet to be announced — but we'll be sure to update with any new information the minute it becomes available.

As Digital Spy reports, the plot picks up after the events of the first film, and largely centres around the character of Ginger, who now resides within a peaceful, human-free island sanctuary with the entire flock. After hatching a little girl named Molly, her happy ending appears to be complete. However, trouble soon arises when a new threat begins to emerge.

Part of the sequel's official synopsis reads, "back on the mainland the whole of chicken-kind faces a new and terrible threat. For Ginger and her team, even if it means putting their own hard-won freedom at risk — this time, they're breaking in."

It's currently unknown whether or not the original cast will be reprising their roles. However, because the project has only recently been announced, it's a safe bet more details of the Chicken Run 2 cast will be revealed in the coming months.

The currently untitled sequel is set to be directed by Flushed Away's Sam Fell, and original Chicken Run directors, Peter Lord and Nick Park, are returning to the franchise in producing and consulting roles.

Speaking of the upcoming Netflix release, Lord commented: "Fans around the world have waited patiently for a sequel idea worthy of Chicken Run so we're delighted to announce, on the 20th anniversary, that we've found the perfect story."

As Digital Spy reports, Lord went onto describe Netflix as the "ideal creative partner," explaining that working alongside the platform means "we can make the film we want to make — the one we really care about – and share it with a global audience."