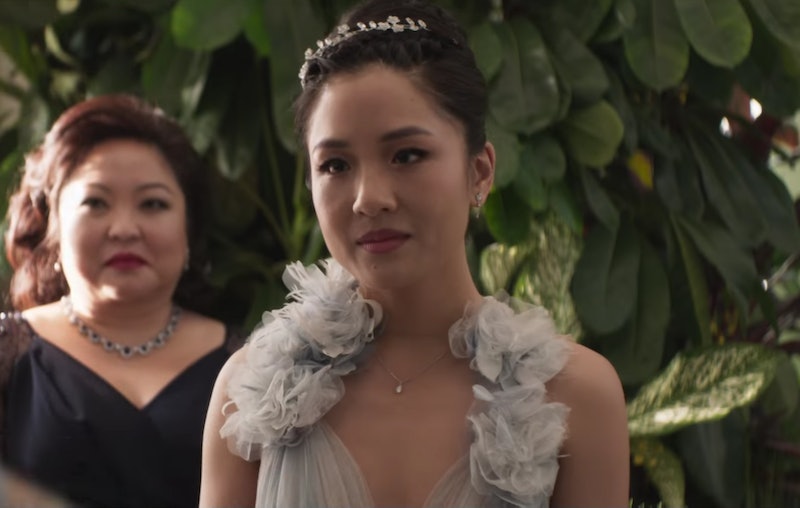 One of the worst things about living on the other side of the pond is having to wait weeks, or even months, for films that have already been out in the U.S. for ages to finally be released. By the time it happens, most of us have already seen the entire plot on social media and so don't bother buying cinema tickets, resulting in lower profits for films that totally deserve more. But one film has caused such a fanfare that its release date has been pushed forward. So when is Crazy Rich Asians out in the UK?

The film was first released in the U.S. on August 15. Initially, the stand-out movie wasn't going to be shown in UK cinemas until November. However, the film's creators have decided to move things forward by a whole two months, meaning that you'll only have to wait until September 14 to see the film everyone can't stop talking about.

The plot follows Rachel Chu, an economics professor who lives in New York. After accompanying her boyfriend, Nick, to his best friend's wedding in Singapore, she soon realises that he comes from a supremely wealthy family and spends the film coming to terms with a scary mother (played by the brilliant Michelle Yeoh) and jealous rivals.

Crazy Rich Asians is adapted from the 2013 Kevin Kwan book of the same name. Billed as a rom-com like no other, the film has been praised for its all-Asian cast. In fact, the BBC reports that it is the first major Hollywood film to cast all-Asian actors since 1993 drama The Joy Luck Club.

Along with 56-year-old Yeoh, the film features the likes of Constance Wu (Rachel) and Henry Golding (Nick) along with British star Gemma Chan, Ocean's 8's Awkwafina, and comedian Ken Jeong. The rom-com has already topped the U.S. box office so expect it to do similarly well over here.

When the original UK release date was announced, people couldn't understand why the nation was being forced to wait three months for the chance to revel in the film's drama. "Why is there, in the year of our lord 2018, still such a disparity in international release dates?" one fan tweeted while another jokingly called it a "crime in progress."

They have a point. With social media meaning that anyone anywhere can spoil a film for themselves in 30 seconds, it seems ridiculous that distributors can't find a way for the entire world to see a film in the same week (or at least the same month).

The fact that the UK release date was pushed forward doesn't appear to have been heavily publicised by Warner Bros. Aside from Crazy Rich Asians star Chan excitedly tweeting about it, a simple press release stating an earlier date seems to have been the only official announcement from the entertainment company.

From all the reviews I'm reading, it seems like the movie is appealing to anyone and everyone, with people already counting down the days until the film is released. And yes, some people are still not happy that they are having to wait a few more weeks.

Don't mind me, I'm just setting a reminder to book tickets for September 14. Who's with me?