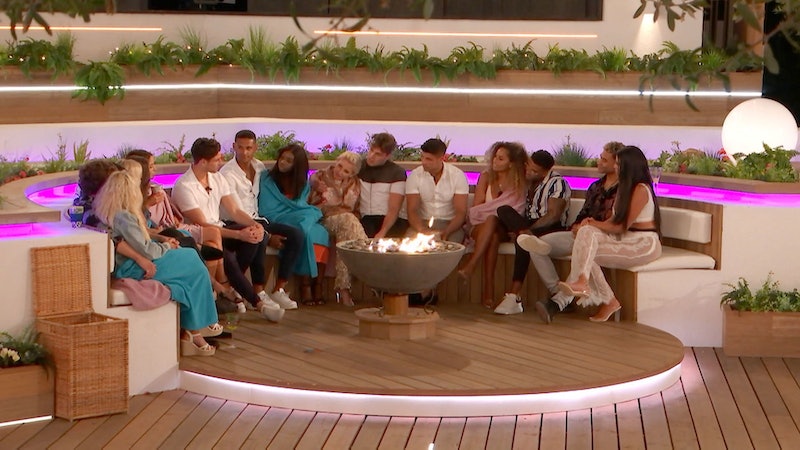 Love Island may not be ending just yet, but that hasn't stopped the creators of the ITV2 series from thinking up new ways to entertain the nation with relationship drama. Instead of populating another villa with a bunch of stunning singles, Singletown will test the strengths and target the weaknesses of already established relationships. So when is Singletown airing, and how exactly will it differ from Love Island?

Well for one, it's not taking place on another Spanish island. Instead, five couples will be moved to London where they will "press pause on their relationships and spend one incredible summer experiencing single life in the most glamorous city in the world," as ITV describes. So maybe the series won't be full of abs and swimsuits, but let's be real — the drama is what you tune in every night for with Love Island. And boy will Singletown bring the tension, as at the end of the summer contestants will be given the choice to go back to their partner or stay single. Yikes.

Announced in mid-March, you'll actually be able to watch the series later this year. I've reached out to a rep for the show to see whether there's an actual premiere date yet, but have yet to hear back. According to Cosmopolitan, "the series will replace Love Island's slot on ITV2, airing every evening apart from Saturdays." It looks like it'll probably take the place of that rumoured winter version of Love Island, so you'll be able to get that fix through Singletown.

And with the concerns raised by viewers that Love Island still isn't as diverse as it could be, it also looks like ITV are changing the game with Singletown as it reportedly will include "gay couples, straight couples, different ethnicities, and they'll be all shapes and sizes," according to Cosmopolitan. I don't think I need to tell you that this will certainly be a welcomed site on what is likely to become a popular reality series. And as Head of Digital Channels, Paul Mortimer told ITV it seems there is truth to this.

"Singletown is a fun relationship show featuring a diverse mix of young couples from all over the UK brought together in the most aspirational urban setting — London in the summer," Mortimer said. "ITV2's young audience will hopefully be hooked on the dating dilemmas, twists and turns and the fresh and re-kindled romances that emerge from this exciting new format."

If you were planning on can prying your eyes away from Love Island this summer, applications to be a single on the show closed on June 7. The same goes for the couples, with applications for that portion of the show closing on May 24. Although, if Singletown is anything like Love Island when it comes to surprises, I'd keep an eye out for future applications if you're interested.

So while there's no exact air date for Singletown just yet, thanks to the info that has been revealed I have a feeling that the Love Island hype will totally transfer to this reality series when it premieres.