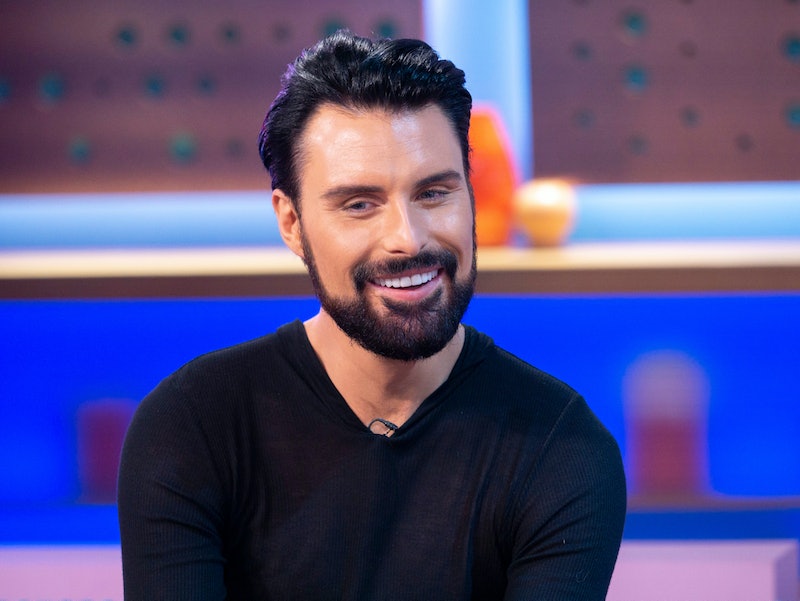 Get your reusable bags at the ready, because it’s official — Supermarket Sweep is returning with a new host to guide shoppers through the aisle. Rylan Clark-Neal will be taking the reins from the late Dale Winton in this comeback, and he’s as excited as the nation is with the news. So, when is the new Supermarket Sweep coming out?

Well, it might actually be sooner than previously thought. After Clark-Neal announced his hosting gig on Twitter, he gave This Morning presenters Philip Schofield and Holly Willoughby a ring on Wednesday’s show to provide a few hints regarding the show. While the host couldn’t disclose the exact date that the series will be on, Clark-Neal did confirm that it’ll be on ITV2, it will be on the night-time schedule, and it will run for a whole month with 20 episodes.

He also implied that Supermarket Sweep might be on screens later this year rather than 2020. I’ve reached out to an ITV rep to check whether there’s an actual confirmed air date for Supermarket Sweep but have yet to hear back. I’ll let you know if I do.

The return of Supermarket Sweep doesn’t come as much of a surprise, as The Sun reported last year that a reboot of the series has been in the cards since 2017. “The time is ripe to bring back this all-time favourite game show which has travelled with success over the years,” EVP of Global Acquisitions and Development at FreemantleMedia told the newspaper. “Now, modern technology allows us the opportunity to update the show, making it relevant for a 21st century audience.”

If you want a chance to go wild in the aisles you’re in luck because applications for the new series are still open. As Metro reports, Thames TV and Freemantle “are looking for ‘fun, outdoing and dynamic pairs of couples, friends, school and work mates or family duos to take part in Supermarket Sweep'." So if you’re up for that (who wouldn’t be), all you’ve gotta do is be over 18 and email gameshow-casting@thames.tv to be in for a chance at appearing on this iconic series.

While there’s not a whole lot of info on whether it’ll stick to the original formula or whether there will be some 21st century additions like self-scan or some sort of app contestants will be able to use, there’s plenty of insight from Clark-Neal and the producers of the show, as Deadline reports.

“It’s a dream come true to step inside this very special supermarket and host one of the most iconic series in television history,” Clark-Neal said in a press statement. “I am beside myself with excitement and will be going wilder in the aisle than ever before. Fill up your trolley, grab your bag for life, and let’s go shopping.”

“I’ve loved Supermarket Sweep since I was a teenager, so Thames and I are thrilled to be rebooting this cult classic with the awesome Rylan for its perfect new home on ITV2. When the world’s full of doom and gloom, it’s definitely time for Britain to go wild in the aisle once again.”