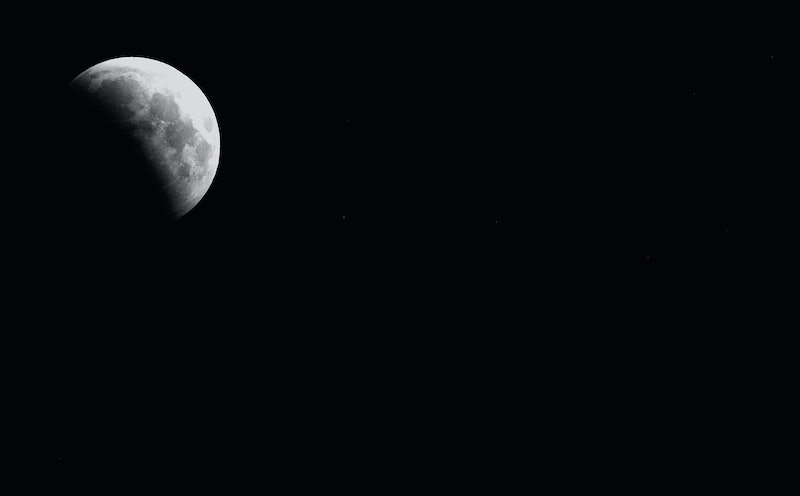 Not only is this summer set to bring much more warm weather in the future, but it’ll also mark a significant moment for astronomy enthusiasts, as a partial lunar eclipse is expected to occur later this week. So when will the celestial event take place? The partial lunar eclipse is expected to happen on August 7, 2017, so mark your calendars now, star-gazers.

So when exactly will the partial lunar eclipse take place? According to Sky and Telescope, the partial cover-up of the moon will take place on Aug. 7, with mid-eclipse occurring at 6:20 UT. The event will be visible from eastern Europe, Africa, and parts of South America, as well as all of Asia and Australia and the Pacific, Atlantic, and Indian Oceans.

After this, the next lunar eclipse won’t occur until 2018. So if you’re in the areas of visibility, make sure to save the date and grab a good spot. This is one lunar event you’ll definitely want to see in person.