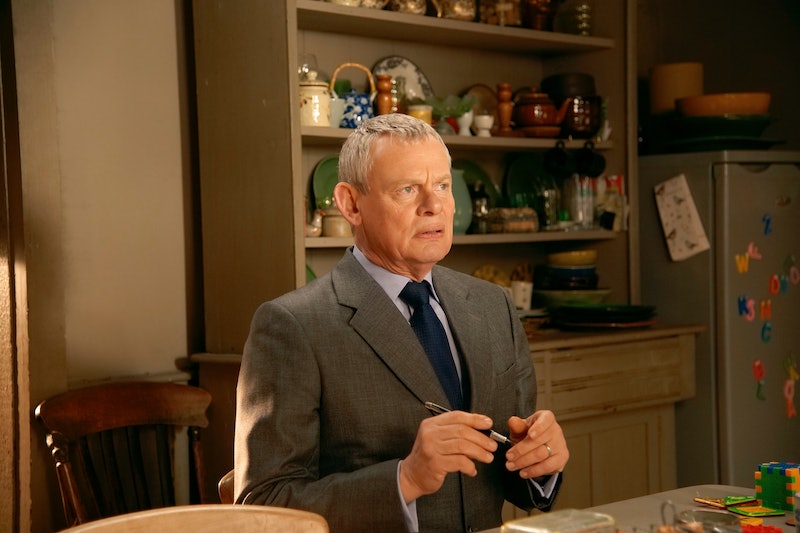 Finding a show that's genuinely charming, entertaining, and one you can share with your parents is one of life's great struggles. It feels like no matter what you do, you end up with a show that seems fine then all of a sudden there are outrageously long bonking scenes that you have to all sit through. While slowly dying of embarrassment. Luckily shows like Doc Martin exist to satiate familial entertainment needs, minus bonkage risk. So when will Doc Martin return for season 9? Because, y'all, finding polite entertainment in 2019 is not easy.

Well, the excellent news is that there isn't long to wait until the next instalment of the good old fashioned fun as it was revealed the latest season will be hitting our screens on Wednesday Sept. 25, 2019. Can I get a hell yes? How exciting. Tell your parents immediately.

The series follows the life and adventures of a grumpy but charming former vascular surgeon. Is he retired? I hear you ask. Nope, he basically has to make a career change after developing a pretty hectic fear of blood. One which causes him extreme nausea and dizzy spells. A fear that's obviously less than ideal for a person whose job is cutting people open for a living.

The show has run since way back in 2004 and saw the doctor make the drastic move from the big city to a small rural town in Cornwall where he holidayed as a child. Changing his role from surgeon to general practice. His gruff and serious demeanour is in stark contrast to the casual and charming nature of the local townsfolk. So basically a hell of a lot of LOL situations.

The first episode of the new season will see the rural doctor under scrutiny from the General Medical Council. After complaints regarding his fear of blood and grumpy disposition led to him being under investigation. An investigation that means his career is seriously at risk. All of this while his wife is considering a second baby means it's a tough time for all involved.

The show has proven a huge hit not only in the UK but across the globe. According to iNews, it has aired in New Zealand and Australia and has proven a massive hit with our Antipodean counterparts. As well as that the show has been adapted for a whole host of other countries including Greece, Russia, and the Czech Republic.

The star of the show, Martin Clunes, who plays the title character spoke to Acorn TV about the success of the show. Explaining that fans are "grateful for the lack of profanity, no sex, and no violence." Bang on. Remember what I said about watching it with your parents? Clunes gets it.

Digital Spy also reports that not only is the show a huge hit with the fans, but with the cast and crew as well. Who really enjoy filming on location in Cornwall. Clunes spoke to them saying:

"We love going to Cornwall to make Doc Martin, and we miss it when we are not there. The county is so beautiful and the people have been so warm and welcoming to us."