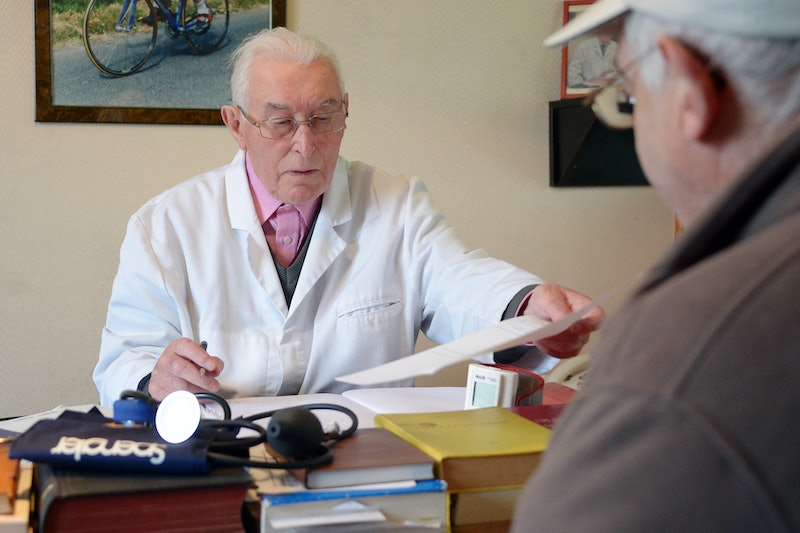 Republican promises to repeal Obamacare seem to be moving forward even before the inauguration of anti-Affordable Care Act President-elect Donald Trump. But the ACA hasn't been demolished just yet. In this situation, many Americans are wondering when they won't be covered by Obamacare anymore.

Unfortunately (or fortunately, depending on how you think about it), there isn't a simple answer to this question. While the Senate may have voted 51 to 48 to begin work on repealing Obamacare, they haven't actually repealed it yet. What they have done is create a budget resolution to begin the legislative repeal process. And this repeal process could definitely be a long one, considering that Republicans, including Trump, have said they will be immediately replacing Obamacare with a new health care plan. Trump told The Washington Post over the weekend that he is almost done with a replacement plan for Obamacare — one that will include "insurance for everybody."

Still, even before creating a replacement plan, Congress will need to bring different committees together to write the bill to repeal Obamacare. There's no telling how long this part of the journey to get rid of the ACA will take, though the final vote ratios will probably be similar to that of the budget resolution.

The budget resolution was passed under reconciliation, which meant that debate would be limited to 20 hours before a vote. The Obamacare replacement bill, however, would likely contain provisions that would exclude it from being considered under reconciliation, according to Vox. This would leave it open to filibustering, and would mean that Congressional Republicans will likely have to get 60 votes in the Senate. The replacement plan would then have to appeal to at least eight Senate Democrats to meet the required number of votes. Not to mention that all Senate Republicans will need to agree on what the Obamacare replacement should entail and what it should include. Otherwise, one senator who disagrees could stop the bill from receiving the necessary number of votes for it to pass. Not that this would mean the end for the bill, but revisions take time, which would mean more time for Americans to be covered under Obamacare.

Despite the approximately 20 million uninsured Americans who gained coverage through Obamacare, public opinion on the ACA is divided. Some concerns about the ACA are definitely justified: the choice in plans and healthcare producers is often more limited than before the ACA was introduced, and premiums can be expensive. Still, the replacement bill would likely need to be less expensive than the ACA, which is something that hasn't been shown yet in potential replacements for Obamacare. It's hard to cut down on the costs of health insurance while keeping people insured and increasing their choices in terms of providers.

If the bill passes despite all of these obstacles, Democrats could likely still filibuster when it comes to the replacement plan. So while Obamacare's future is uncertain, it's clear that it will be a while yet before anyone loses their coverage.