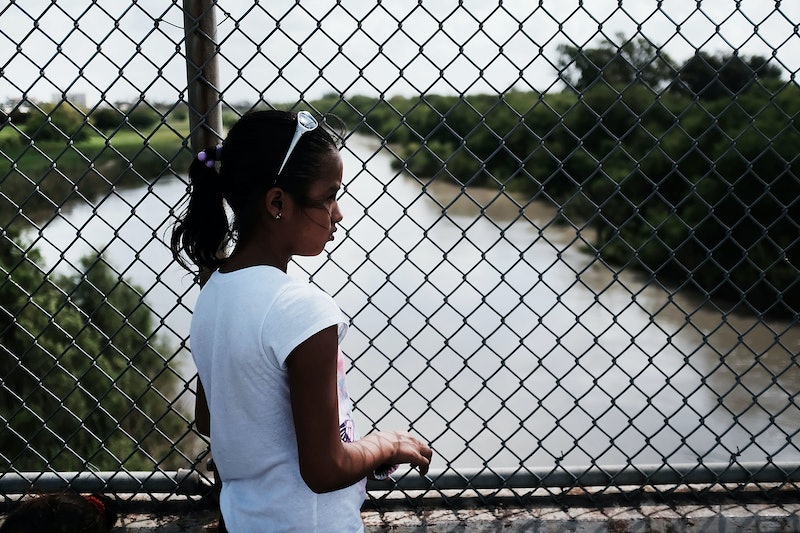 On Tuesday evening, a federal judge issued an injunction that finally provided some certainty as to when separated migrant families will be reunited. The Trump administration was handed a strict deadline by a San Diego-based judge, who ordered that all separated children younger than five years of age must be returned to their parents within 14 days. Older children have to be placed back in their parent's care within 30 days.

U.S. District Court Judge Dana Sabraw's injunction came as part of a lawsuit case, in which the American Civil Liberties Union (ACLU) is suing the Trump administration on behalf of migrants families who were separated while crossing the U.S. border.

In issuing the preliminary injunction, which is a "court order requiring a person to do or cease doing a specific action," the judge cited the lack of due process being afforded to children as one of his reasons for issuing the order. As Sabraw wrote:

The unfortunate reality is that under the present system migrant children are not accounted for with the same efficiency and accuracy as property. Certainly, that cannot satisfy the requirements of due process ...

While the Trump administration ended its family separation policy with an executive order last week, around 2,000 children who were separated from their parents under the initial policy remain in the government's custody. Until Sabraw's ruling, no universal, concrete timeline had been provided regarding how soon separated parents and children would be reunited.

The Trump administration began separating migrant families at the southern U.S. border in early May, when the administration's zero tolerance immigration policy went into effect. The policy mandates that all undocumented immigrants crossing the border are criminally prosecuted. Resultantly, migrant parents, who were being charged with a crime and criminally detained, were being separated from their children, who were not charged with a crime. Trump's June 20 executive order mandated an end to the family separation practice, though the zero tolerance policy continues.

According to the Washington Post, the Trump administration had requested that Judge Sabraw not issue an injunction in the ACLU case, saying that Trump's executive order had sufficiently addressed concerns about issues related to the family separation policy. However, as the Post reported, the court did not agree, saying that the executive order, the zero tolerance policy, and a Department of Homeland Security fact sheet regarding the removal process, did not do enough to provide "ordered governance." As Sabraw wrote:

The facts set forth before the court portray reactive governance responses to address a chaotic circumstance of the government’s own making ... They belie measured and ordered governance, which is central to the concept of due process enshrined in our Constitution ...

Following the judge's order, Lee Gelernt, the Deputy Director of the ACLU's Immigrants' Rights Project, said that the organization — and many migrant families — were thrilled by the injunction. CNN reported that Gelernt asserted:

This ruling is an enormous victory for parents and children who thought they may never see each other again. Tears will be flowing in detention centers across the country when the families learn they will be reunited ...

Overall, it seems that as a result of Tuesday evening's injunction, migrant parents and children who were separated at the U.S. border will soon be reunited. It remains to be seen whether the Trump administration will seek to repeal the court order and what, if any, implications an appeal could have on families who have been separated.