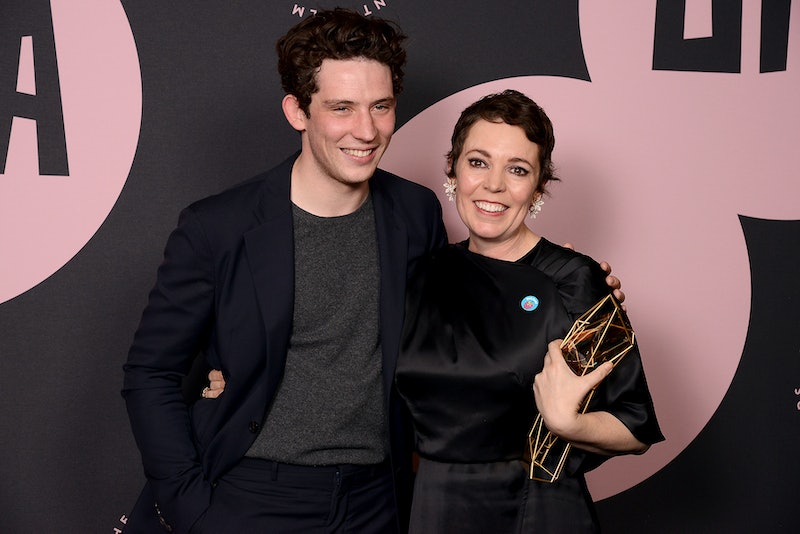 UK cinema has been calling out for a new romantic period drama for us to bawl our eyes out too, and, between its all-star cast to the acclaimed writing team, Mothering Sunday already has a lot of promise. It is set to star The Crown's Olivia Colman and Josh O’Connor who will reunite to play neighbours in the period production. The actors are in great company, as other high-profile cast members include Colin Firth and Assassination Nation actress Odessa Young, but what else is there to know about new film Mother Sunday?

Set in the 1900s, the drama is based on Graham Swift's acclaimed novel of the same name, and the screenplay has been adapted by Normal People writer Alice Birch.

Who is directing 'Mothering Sunday'?

The screenplay will be directed by French film director Eva Husson, whose past credits include TV series Hanna and Girls Of The Sun.

Husson felt "the planets aligned" when she began working on the project.

Speaking to Deadline, director Husson said: “It truly felt like the planets aligned when this wonderful screenplay, Mothering Sunday somehow found its way to me. Alice Birch seemed to whisper in my ear, and I felt everything I’d done so far prepared me for this specific story.

“It was a culmination of all that I’m obsessed with in life: writing, sensuality, and pure cinema. I finished the script in tears, not from sadness, but because it cracked me open, like the most honest works do.”

What's the plot of 'Mothering Sunday'?

As the name suggests, Mothering Sunday is set on Mother's Day during 1924. Per Radio Times, "the film tells the story of a young maid, Jane Fairchild (Odessa Young), whose affair with aristocrat, Paul Sheringham (Josh O'Connor), comes to an end after seven years."

Olivia Colman and Colin Firth take on the roles of Mrs and Mr Niven, respectively, who are master and mistress of the Niven estate where Jane (played by Odessa) works. While the Nivens are out celebrating Paul's engagement, "the young lovers finally meet up in his room for the first time – it also marks their last day as lovers," per Digital Spy.

Not much is known other than that, but I for one am already hooked.

When is 'Mothering Sunday' coming to cinemas?

Before we get excited about the new movie, Mothering Sunday isn’t due to begin filming until autumn 2020. So we've a little while longer to wait.

Until then, The Crown's fans can get ready for the upcoming fourth season on Netflix later this year — let's face it, the one everyone's been waiting for — introducing characters such as Margaret Thatcher and Princess Diana.

More like this
Emma Thompson, Lashana Lynch, & Stephen Graham Lead Netflix’s 'Matilda'
By Sophie McEvoy
Alicia Silverstone Has Recreated An Iconic 'Clueless' Scene
By Frances Stewart
“The Door Is Always Open” For Another 'Breaking Bad' Spin-Off, Says AMC Boss
By El Hunt
Lauren Rae Is Bringing Back The Sex And The City Vibes In Her New Memoir
By Shahed Ezaydi
Get The Very Best Of Bustle/UK