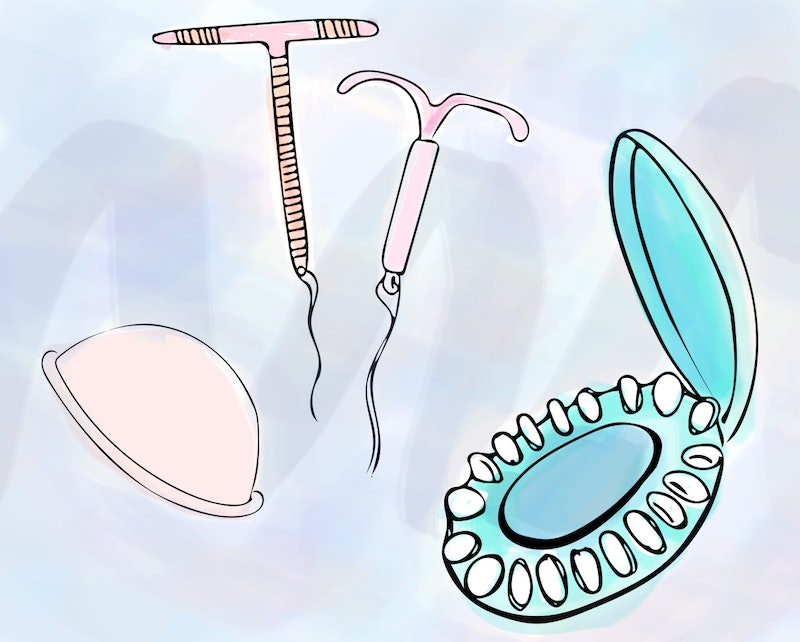 The Republican-majority Congress took the first of many steps to dismantle the Affordable Care Act (ACA) last week. Congress rejected several amendments proposed by Democrats that would have preserved key components of ACA, including one that would have ensured continued access to insurance for people with pre-existing conditions. Another of the most noteworthy votes struck down a proposed amendment that would have preserved healthcare coverage for contraception. This means, as millions of American women have already figured out, that your birth control may get a whole lot more expensive.

Don't expect a huge increase over the next month, though. The process for repealing the ACA will be long and complicated, and changes to your insurance plan won't occur right away. If you are currently insured through Obamacare, your plan will likely remain unchanged through the end of 2017, regardless of how Congress votes.

The process is further complicated by the promises some Republicans have made to replace Obamacare simultaneously while repealing it, which theoretically might preserve consistent coverage for the millions of Americans insured through ACA. However, Republicans do not currently have a plan to replace Obamacare. If they wait to repeal it until they do have a plan, the resulting process could be much longer than a simple repeal.

Until Obamacare is officially repealed, birth control will still be available without a copay, assuming you are currently enrolled in a plan that provides it. According to the National Women's Law Center, 55 million American women currently have no-copay birth control coverage, which saved those women an estimated $1.4 billion in 2013 alone. All of these women could lose this benefit if Obamacare is repealed.

Some states are taking action to ensure that their residents are able to continue access to free contraception, including New York, California, Illinois, and Massachusetts. Citizens of other states may be in trouble, though. An IUD can cost upwards of $1,500, according to Amino, and birth control pills will cost out-of-pocket patients between $100 and $600 annually.

While Trump's pick to lead the Health and Human Services Department, Tom Price, believes that "not one" woman has struggled to afford birth control, most Americans realize that an annual cost of $1,500 or $600 could certainly be prohibitive for someone trying to make ends meet. My Bustle colleague Morgan Brinlee recently described her own experiences abroad trying to pay for a $1,000 IUD insertion. The threat of having to pay that much for contraception in the United States should rightly concern all American women.