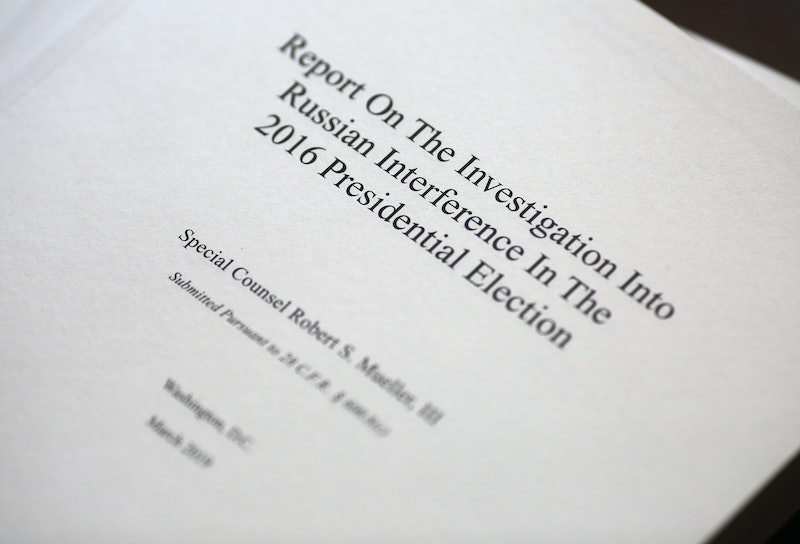 House Democrats haven't even heard from Attorney General William Barr — as he refuses to appear — but that isn't stopping them from nailing down a date for someone even more vital from the Russia investigation to appear. One Democrat said on Fox News Sunday when Robert Mueller will testify, only to clarify later on Twitter that Mueller has not confirmed the appointment.

"A tentative date has been set of May 15th and we hope the special counsel will appear," Rep. David Cicilline of Rhode Island told Fox News. "We think the American people have a right to hear directly from him."

Later — after The Washington Post reported on the comments — Cicilline expanded on what he meant through Twitter. "Just to clarify: we are aiming to bring Mueller in on the 15th, but nothing has been agreed to yet," Cicilline wrote on Twitter. "That's the date the Committee has proposed, and we hope the Special Counsel will agree to it. Sorry for the confusion."

Cicilline is a member of the House Judiciary Committee, but he is not the chair. That's Rep. Jerry Nadler of New York, who has also said that May 15 is his goal. Now the only piece of the puzzle missing is Mueller.

Some Democrats point to Barr's presentation of the report as the main reason for having Mueller testify. Critics have said that Barr's letter and press conference summarizing Mueller's report didn't match the contents of the report. Then the special counsel wrote a letter to Barr directly.

"The summary letter the Department sent to Congress and released to the public late in the afternoon of March 24 did not fully capture the context, nature, and substance of this Office’s work and conclusion," the letter read. "There is now public confusion about critical aspects of the results of our investigation. This threatens to undermine a central purpose for which the Department appointed the Special Counsel: to assure full public confidence in the outcome of the investigations."

That led many Democrats to call for hearing from Mueller, especially since Barr has not agreed to testify for the House Judiciary Committee. Thus far there has not been similar pushback from Mueller.

"I hope that [Mueller] is desirous of testifying so that he can, from his perspective, talk to the American people, and to the representatives of the American people, on what his views are," House Majority Leader Steny Hoyer told reporters last week, according to The Hill. "Clearly, this letter indicates that they are not being represented by Attorney General Barr."

On Fox News Sunday, Cicilline sounded positive about the likelihood that Mueller would appear. "The White House has so far indicated they would not interfere with Mr. Mueller's attempts to testify, we hope that won't change," Cicilline said.

Cicilline also noted that while the attorney general is not testifying, the committee has moved to get a fuller version of the Mueller report, with fewer redactions. "The chairman has been very patient, trying to accommodate the attorney general in every way," Cicilline told Fox News. "But the members of our committee need to see the full report and the supporting documents so we can continue to do our work, conduct oversight in a responsible and sober way."

Mueller's testimony, whether it's on May 15 or delayed, will likely play a role in that oversight.