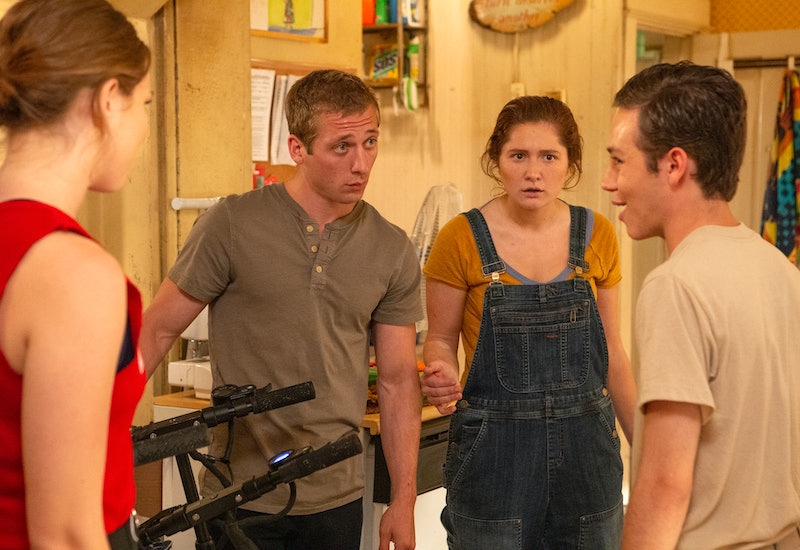 Some didn't see it as a possibility following Emmy Rossum's announcement of her departure from the show, but Shameless is returning for Season 10. Showrunners made the announcement on Jan. 31 at Showtime’s TCA presentation, per Deadline, and confirmed that filming would begin sometime this year. The announcement, however, did not reveal when the new season will premiere. Previous premieres have been inconsistently placed throughout the year, so it's difficult to make an accurate prediction as to when the Gallaghers will be back on TV.

“The Gallaghers are a force of nature, and they are coming back,” Gary Levine, President of Entertainment at Showtime Networks said. “Shameless, with its ever-growing fan base, is like no other show on television. We are thrilled it will live on with its unique blend of love and larceny on Showtime.” The upcoming installment will make Shameless the network's longest running program.

“All of us on Shameless are delighted that we get to tell more wonderful Gallagher stories – and thankful to Showtime for their continued support," executive producer John Wells added."We can’t wait to get back to work with this extraordinary cast.”

Because Rossum, who plays eldest Gallagher sibling Fiona, has always been the matriarch who leads the way, it's hard to understand how any future story will work without her. In her announcement, though, she encouraged fans not to think of her as gone, but as "moving down the block."

Wells, on the other hand, is confident that the show could go on forever. "It's always a question of how long a cast is prepared to keep playing the characters," he told The Hollywood Reporter. "I could write this for another 10 years. The satirical underpinnings of this notion that there really is class in America is something that we could write about forever. Every day you pick up the paper and there are 10 other stories you could tell."

William H. Macy, who plays the titular Frank Gallagher, also shared his thoughts about the show's future. "I know there's another 10 years of stories, and I'd love to see them," he said. "But when I think about acting them my back starts to hurt a little bit. I know I want to do another season or two, and after that we shall see."

Cameron Monaghan, portrayer of Ian Gallagher, also announced his exit from the show before the Season 9 mid-season finale. As an actor who has been dedicated to the same project since he was a young child, he explained that it was time for him to explore new opportunities.

This double exit of Gallagher siblings will majorly shift the tone of the show's narrative, leaving Lip (Jeremy Allen White) the presumed leader, and Debbie (Emma Kenney) and Liam (Christian Isaiah) to find their own, more nuanced and prominent stories as they mature. Wells shared with Entertainment Weekly, though, that he's hopeful Monaghan will return for at least a few episodes, which could be a hint of Season 10 foreshadowing. Regardless of where the next Gallagher story leads us, though, fans should savor it. Because at this point, their days are numbered.