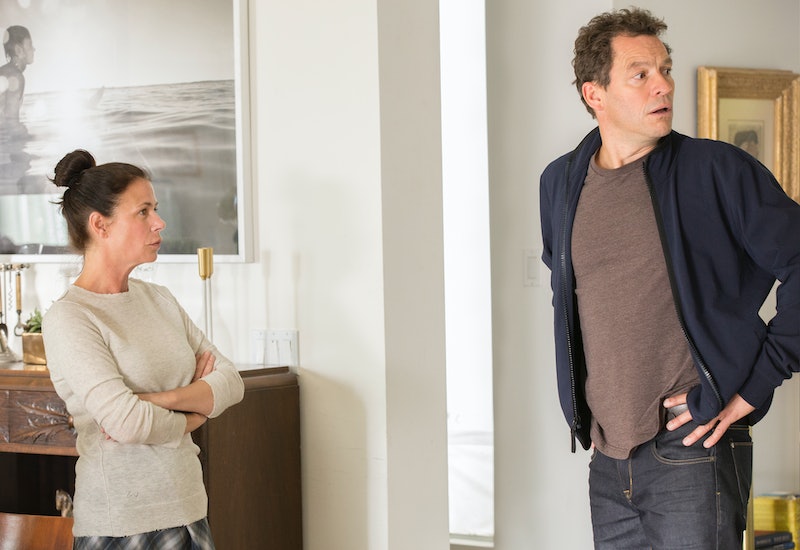 The final episode of The Affair Season 4 will air on Showtime on Sunday, Aug. 19 at 9:00 p.m. E.T., which means there are only 10 episodes left before the entire series sinks back into the ocean forever. (Cue Fiona Apple's powerful theme song and uncontrollable sobbing.) The Affair Season 5 is definitely a sure thing, but the question remains, how long do we have to wait before we watch the three remaining main characters cope with Alison's untimely death? When does The Affair Season 5 premiere?

As a premium cable network, Showtime isn't beholden to the same strict scheduling that rules other networks. They tend to be more timely as say, BBC, which sometimes lets years pass between installments of series, like in the case of Luther, which also features Ruth Wilson. The Affair, however, has always been more or less reliable. The series first premiered on Oct. 12, 2014. Season 2 followed promptly on Oct. 4 the following year, and Season 3 slipped only slightly to Nov. 20, 2016. Season 4 held out until Jun. 17, 2018, which is still pretty good. Thus, I'd expect Season 5 to land sometime in summer 2019, or maybe fall at the latest.

Initially, showrunner Sarah Treem had pitched the show as lasting for three seasons, which she revealed in an in interview with Indie Wire. In a later interview before Season 3, also with Indie Wire, she explained that her process for writing the show had to be flexible in order to help it stay afloat for so long.

A lot of the stuff that I wanted to do previous seasons ended up getting done sooner. I had a much more languid pace in the beginning, I wanted the show to ease out much more slowly. But it just didn’t work out that way. Stuff got moved up. Then the premise of the show changed. A lot of it has to do honestly with actors and what kind of energy you’re getting and what kind of relationships are being formed on camera. Where the attraction is, where the crew is, where the charisma goes. At a certain point, I think, as a television writer you really need to start writing to what you see on film, if you want your show to have longevity.

As for what we can expect when that season does hit, it may very well be some of Treem's best work. In an interview with Bustle from this past June, she mentioned that she feels like she's only recently started to find her legs as a showrunner. "It’s not about controlling every angle or every sentence or every action," she explained, "but it’s about figuring out how to control the flow of the stream to go in the direction that you want it to go. It’s taken me years to understand that... so I would love to be able to do one more season to really make good on that incredible knowledge."

Luckily for everyone involved, Showtime was in total agreement. Now, there's only one thing to do and that's say goodbye to Allison, Noah, Helen, and Cole for good.