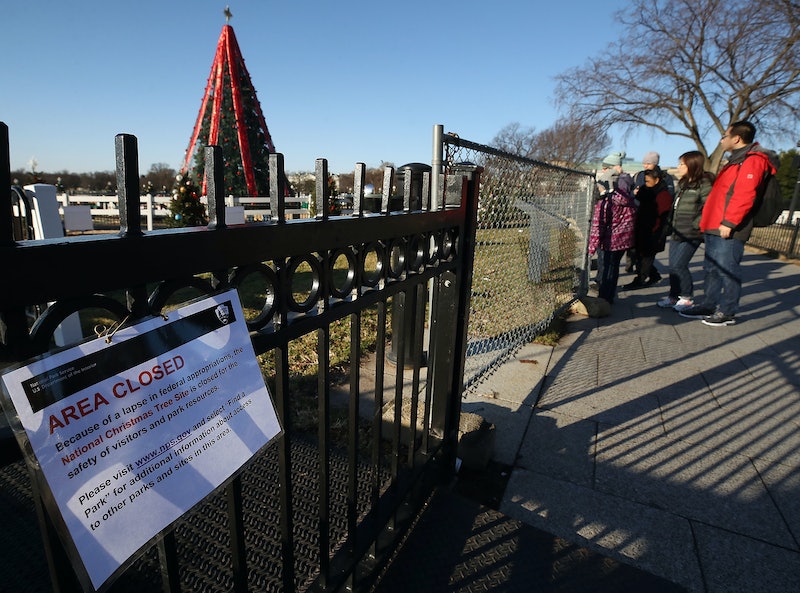 "I don't think things are going to move very quickly here the next couple of days," incoming acting White House Chief of Staff Mick Mulvaney said Sunday during an interview on Fox News Sunday. "It's very possible this shutdown will go beyond the 28th and into the new Congress."

Senate Majority Leader Mitch McConnell adjourned the Senate on Saturday, sending legislators home for the holiday with no plans to return to legislative business until Thursday, The New York Times reported. But according to Mulvaney, not much was likely to have been accomplished over the holiday anyway.

Mulvaney said the president was unwilling to back down from his demand for border security funding, telling Fox News Sunday host Chris Wallace, "This is what Washington looks like when you have a president who refuses to go along to get along."

Rather the incoming acting White House chief of staff appeared to imply that House Minority Leader Nancy Pelosi might be impacting spending bill negotiations in an attempt to secure her bid to be speaker of the House when Democrats take control of the chamber in 2019.

"I think she's now in that unfortunate position of being beholden to her left-wing, where she cannot be seen agreeing with the president on anything until after she's speaker," Mulvaney said of Pelosi. "If that's the case, I think there's a chance we go into the next Congress."

But on Saturday, Pelosi appeared to suggest that it was Republicans and President Donald Trump who were keeping the shutdown going. "Democrats have offered Republicans multiple proposals to keep the government open, including one that already passed the Senate unanimously, & all of which include funding for strong, sensible, & effective border security — not the president's ineffective and expensive wall," she tweeted.

Pelosi has also vowed to "swiftly" bring an end to the shutdown if it continues past Jan. 3, when the next Congress is expected to be sworn in. "If @realDonaldTrump & Republicans choose to continue this #TrumpShutdown, the new House Democratic majority will swiftly pass legislation to re-open government in January."

Mulvaney told Fox News Sunday that while the president wasn't willing to drop his demand for border wall funding, he had offered Democrats a "counteroffer." According to Mulvaney, Trump had requested somewhere between $1.3 billion and $5 billion in border security funding be included in spending legislation.

Although it's unclear exactly how long the shutdown might last, it's likely to impact hundreds of thousands of federal employees. According to the Senate Appropriations Committee, an estimated 420,000 employees will work without pay while another 380,000 are sent home unpaid during the shutdown.