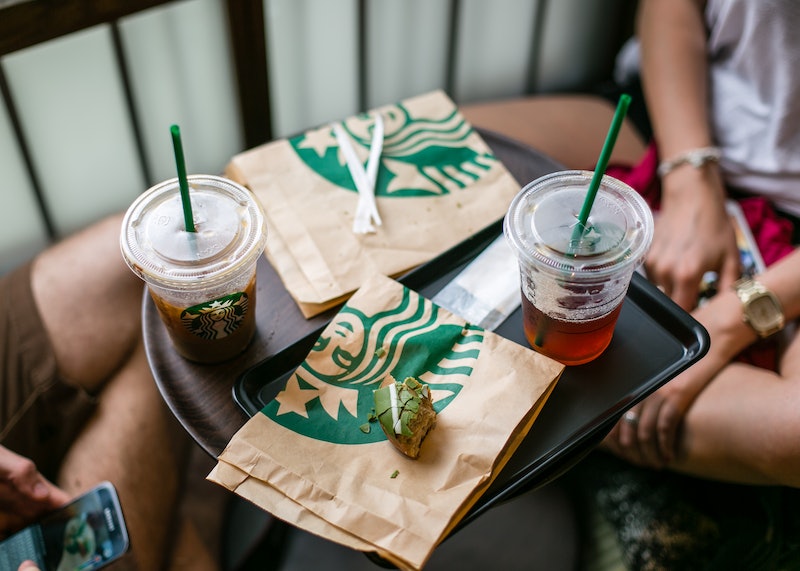 You may still be sunburnt and sweating chlorine, but it's worth remembering that autumn is just around the corner. And with that change of season, there's only one question on every basic human's mind: "When will the Pumpkin Spice Latté be back at Starbucks?" Well, my little Uggs-wearing angels, your favorite themed beverage may be back sooner than you think.

On Aug. 10, Starbucks announced that their infamous Pumpkin Spice Latté products would be arriving at grocery stores nationwide this month. Those unwilling to stand in that 3 p.m. Starbucks line can now snag ground Pumpkin Spice coffee and ready-to-drink Pumpkin Spice Lattés "for cozy coffee moments at home" at their local store. Exciting news! And, also exciting: Starbucks' news brief about the products was also sure to remind readers that the official release date for the PSL had yet to be revealed.

And then on Aug. 11, in a post titled "It's coming. God help us us.," Redditor AppKerman announced to the /r/Starbucks world that the Pumpkin Spice-flavored "Sauce" had arrived at their retail location, reported Refinery29. Comments from baristas and managers from across the United States began pouring in (WINK), a mix of dread and excitement.

Well, well. Autumn appears to be coming mighty early this year. For reference, in 2016, Starbucks announced on Sept. 1 that PSL season would be coming on Sept. 6. So, we're getting close!

Though there remains no official statement from Starbucks regarding the start of PSL season, we should probably listen to our wise Barista guides and dig those cableknit scarves out of storage, because whether we like it or not, Fall. Is. Coming.