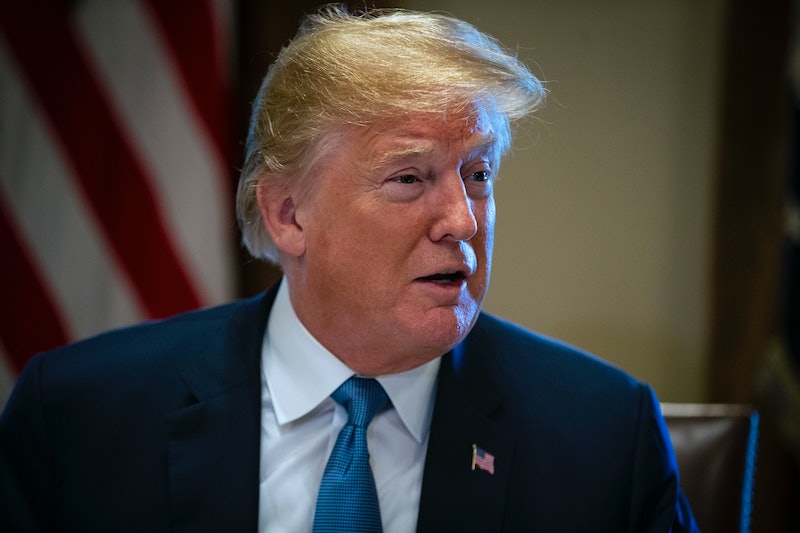 President Trump just got the perfect opportunity to push the U.S. Supreme Court firmly to the right for the next two decades. Justice Anthony Kennedy announced his retirement Wednesday, which had been rumored for the past year. He is set to retire July 31, begging the question: when will Trump nominate a new Supreme Court justice?

The president has the sole power of nominating a new SCOTUS justice, although they often take time to confer with their advisers and sort through candidates. New York Times reporter Maggie Haberman tweeted that sources close to President Trump say he will pick a new justice soon so that they can be confirmed before the midterm elections in November.

In a video released on Twitter, Trump said that the search for a new SCOTUS Justice will begin "immediately."

Senate Majority Leader Mitch McConnell took to the floor to express his support for a quick confirmation. “The Senate stands ready to fulfill its constitutional role by offering advice and consent … we will vote to confirm Justice Kennedy’s successor this fall,” he said.

After this, only a simple majority of Senators need to vote for them to be confirmed. This is a recent development, after Republicans did away with the filibuster in order to confirm Justice Neil Gorsuch in 2017.

It is likely the threat of Democrats taking back the Senate that is causing Republicans to call for a quick nomination and confirmation process. Although Republicans currently have a majority in the Senate, the midterm elections this fall may change that. If Democrats were able to take control of the Senate, they could easily reject any candidate Trump put forward.

The average SCOTUS Justice is confirmed 67 days after their nomination, which means if Republicans really want a confirmation before midterms, a candidate would have to be nominated by early September, at the latest.

This will be the second time Trump has nominated someone to the Supreme Court. Trump chose Justice Neil Gorsuch to replace Justice Antonin Scalia’s seat just 11 days after his inauguration. Justice Gorsuch was nominated after former President Barack Obama’s failed nomination of Merrick Garland. In an unprecedented move, Garland’s nomination was never formally acknowledged by the Senate, who held no hearings or meetings about his confirmation.

If Trump failed to secure a confirmation before the midterm elections in the fall and Democrats did take back the Senate, it is unclear whether Democrats would block a nomination in the same way Republicans did in 2016.

Although it is unknown exactly when Trump will nominate a candidate, he may choose someone with values that appeal to his base. Justices are appointed for life and often decide to retire at times where the president will nominate someone with similar political leanings.

In 2016, a quarter of Republicans cited choosing SCOTUS nominees as a main reason for voting for Trump. Now with the threat of Democrats taking back the Senate in the fall, it makes sense that we’ll be hearing from Trump soon on exactly who will take Kennedy’s seat.