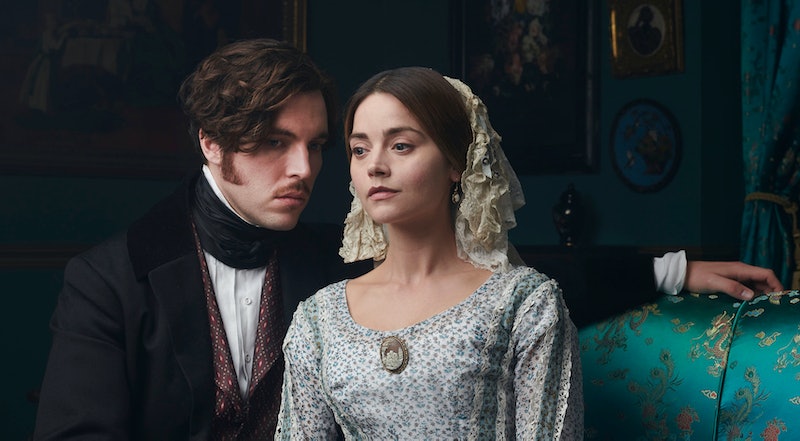 If you're a loyal fan of British TV show Victoria, starring Jenna Coleman, you may be pining for some new episodes and wondering when the new series (season 3) will be hitting our TV screens. Unfortunately for us, there's been some bad news regarding when we will get access to Victoria in relation to when our U.S. cousins will. So just when will Victoria series 3 air in the UK?

Well, strangely it looks as though U.S. fans of the show are going to be able to watch it way sooner than us Brits. In fact, American broadcaster PBS has announced that the new series will begin this Sunday, Jan. 13, while there hasn't yet been an announcement yet from ITV regarding when the show will be coming.

This comes as a surprise as usually, Victoria is shown in the UK far earlier than in the U.S., previously it's been shown up to five months earlier.

There's no real word on when ITV will be starting the show back up either, with The Sun reporting that the channel hasn't announced an air date as of yet.

However, aware of spoilers coming over from the U.S., a spokesperson did comment the following: “We’ll be working to ensure that any content on social media and/or from US press will be geo-blocked to avoid any spoilers for UK viewers.”

The problem is, British followers of the programme are far from happy that America will have access to new episodes way before we do.Taking to Twitter, it was clear that many are unhappy with the decision.

"Still absolutely gutted that America is getting Victoria before the uk," tweeted @karensmyidol, while @Marilynmoon54 tweeted a member of the ITV team and wrote: "So angry that Victoria is to be shown in America before here in the UK. Who is responsible for this terrible decision?"

While we don't know yet when we can expect the series, there are some things we do know, such as what's going to be covered.

The new series will begin in 1848 at a tumultuous time in British history. Speaking about what we can expect, creator Daisy Goodwin explained: “Series three will start in 1848 which was a hugely dramatic and eventful time for both the royal family and Europe, with revolutions on the continent and uncertainty around the monarchy. Viewers can expect more drama than ever before in the third series.”

She also commented that the series will look into problems in Victoria's own personal relationship with her husband Albert. “Victoria and Albert are the most famous couple of the nineteenth century, but underneath the united facade, their relationship is at breaking point and it is a struggle for mastery that neither side can win,” she told Digital Spy.

The Radio Times has also revealed there will be eight episodes in total, and that, as the series begins in 1848, it shouldn't include the death of Prince Albert, who dies in 1862. I'm guessing that'll be left for a later date!

I'll waiting on tender hooks for an official air date for Series 3.