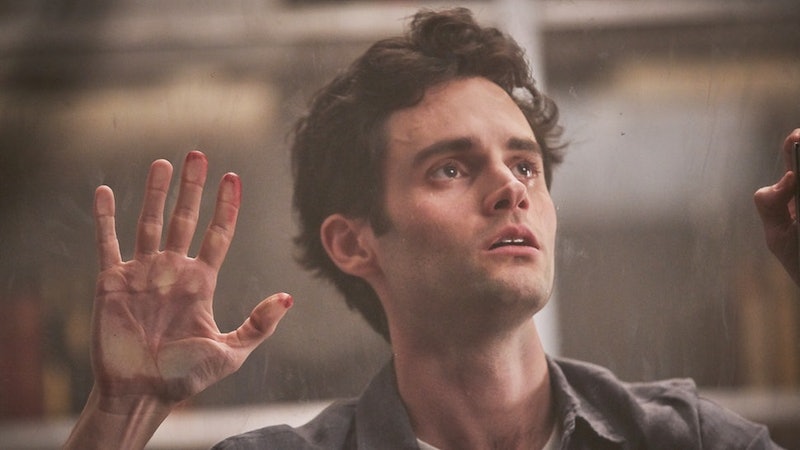 Series one of Netflix's hit show You was based on the book by the same name by Caroline Kepnes, but diverted slightly from the novel's OG ending. The cliffhanger that occurred at the end of season one has left fans desperate to see more in the second series. But when will You season two be on Netflix UK, and what can we expect from it?

When does You series 2 start?

While I have contacted the representative for Netflix in the UK to find out when we can expect it (and will report back), there's yet to be an official release date. However, using a bit of detective work, it's possible to work out when-ish it might be likely to drop.

Series one was released in December 2018 for UK audiences, available to stream in its entirety on Netflix. The show actually aired on TV in the U.S. rather than the streaming service, it moved over so it could become available for an international audience. It's unclear, however, whether You series 2 will drop at the same time in the U.S. and the UK, or if it will be available to our American pals first. The fact that it dropped at the end of the year in 2018 hopefully suggests the follow up series will come at a similar time. At least that's what I'm hoping...

Filming for the show began in February 2019, which is hopeful, too.

What can we expect from the plot of You series 2?

Let me forewarn you that there are spoilers ahead, so stop reading now if you have yet to watch series one of You.

Series one ended with the murder of Beck by main character and narrator Joe, but also on a cliffhanger when Joe's previous girlfriend Candace (who we had actually presumed to be dead) shows up in the book store he works at.

The new series will hopefully explain all this, and will see Joe move to LA to escape his violent past and the string of murders he's yet to be caught for.

"Part of the fun of continuing the story is that the loose ends from Joe’s past are still dangling and could come back to him at anytime," showrunner Sera Gamble explained to the Hollywood Reporter. "He is very worried about the fact that Peach Salinger’s family has hired people to investigate her alleged suicide, and there is evidence potentially still at her house from season one."

Who will be in You series 2?

The cast of You is likely to change since Penn Badgley (Joe) murdered his girlfriend Beck, who was played by Elizabeth Lail. Victoria Pedretti will be the main new addition to the cast, and she will be playing Joe's new romantic interest, Love Quinn (yes, you read that right — Love), who is an aspiring chef who currently grieving over the loss of someone close to her.

Other new actors involved include Melanie Field (who plays Sunrise, a stay-at-home mummy blogger), Marielle Scott (as Sunrise's partner Lucy). I'm guessing Ambyr Childers, who plays Joe's ex Candace, will also be making an appearance to clear that whole cliffhanger mess up, too...

More like this
The OG Power Rangers Are Returning For A Spandex-Clad Special
By El Hunt
'The Last Of Us' Has Officially Been Renewed For Season 2
By Darshita Goyal
'Abbott Elementary' Fans Probably Missed This 'Parent Trap' Easter Egg
By Sam Ramsden
9 Time Catherine Cawood Was An Absolute Badass In Happy Valley
By Sophie McEvoy
Get The Very Best Of Bustle/UK
Sign up for Bustle UK's twice-weekly newsletter, featuring the latest must-watch TV, moving personal stories, and expert advice on the hottest viral buys.