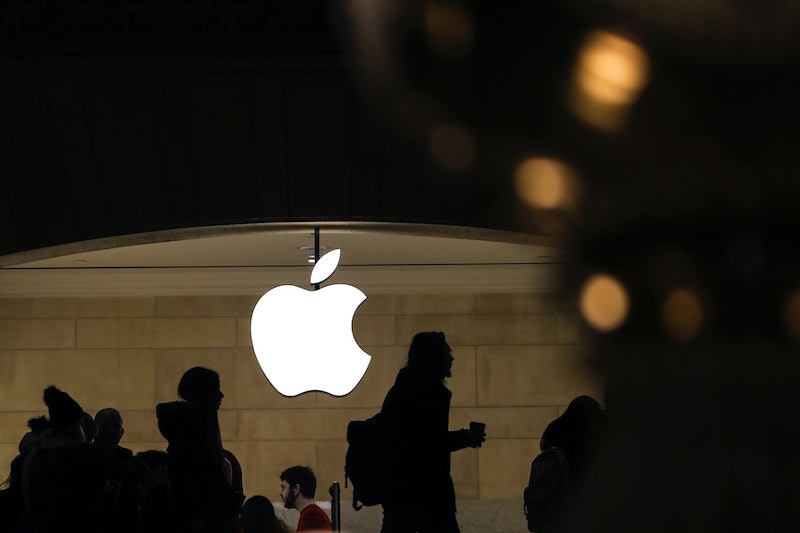 For anyone with a cellphone, getting your device repaired can sometimes be a hassle. If you're an iPhone owner, you typically either need to take your phone to an Apple store or to an Apple authorized service provider, and that can be a challenge if you don't live near one of those places. However, starting now, you can get your iPhone fixed at more independent repair shops, giving you additional options.

Apple announced that it will now allow some independent repair shops to purchase parts for its devices — and use them to repair iPhones — in a press release on Aug. 29. Previously, Apple usually only allowed Apple authorized service providers to repair devices, and many businesses didn't become authorized providers because of the costs associated with receiving this designation, The Verge reported. Apple's press release stressed that the new independent repair program is designed to offer " ... customers additional options for the most common out-of-warranty iPhone repairs."

As 9to5 Mac reported, this new program should give people more options for getting common out-of-warranty repairs done, like fixing cracked screens or replacing the glass on the back of your phone. Moreover, it could be mutually beneficial for consumers and Apple, as it may allow people to use older iPhones for longer or to donate them to friends. This may then encourage people to continue using Apple products when it comes time for a new device, Reuters reported. In turn, this program "helps them [Apple] get the product more affordably into the hands of more customers and increases the base,” Ben Bajarin, an analyst at Creative Strategies, said to Reuters. “Every data point seems to say, if you get someone into the Apple ecosystem, they generally don’t leave.”

While the independent repair program offers more options for iPhone users, it doesn't let just anyone fix an iPhone, The Verge reported. For example, the program only allows businesses, not individuals, to sign up to purchase Apple parts and repair phones, meaning tech-savvy users won't be able to fix their own devices. Moreover, as TechSpot reported, it's possible that the price for iPhone repairs at indie shops will go up since they will begin using official Apple parts, which are typically pricier (though their quality is guaranteed).

Overall, Apple strongly emphasized that it wants to promote quality repairs with its new program, while simultaneously increasing consumers' ability to access them. "When a repair is needed, a customer should have confidence the repair is done right," the company said in its press release. "We believe the safest and most reliable repair is one handled by a trained technician using genuine parts that have been properly engineered and rigorously tested.”