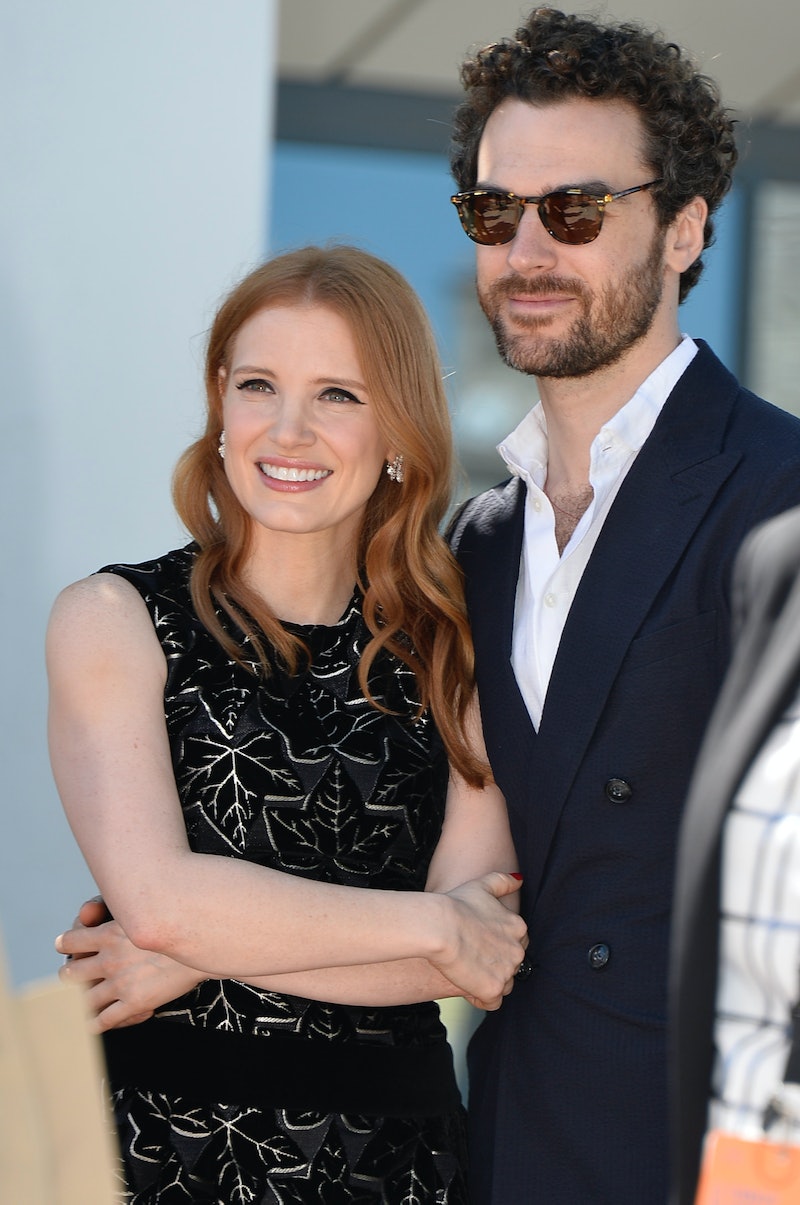 Last summer Jessica Chastain and her boyfriend of five years Gian Luca Passi de Preposulo said, "I do." Choosing the venue where Jessica Chastain got married was probably a no brainer for the couple; Passi de Preposulo's family happens to own an absolutely gorgeous villa in Treviso, a Northern Italian city near Venice. The 17th century castle-like estate, Villa Tiepolo Passi, is not only straight out of a fairy tale, according to People, it's also been in the Passi de Preposulo family's possession since the 1800s.

While Chastain is a familiar face over here in America — her movie credits include Zero Dark Thirty, The Martian, and The Help — her Italian husband is less well known. The Interstellar actress usually refrains from posting about her personal life on social media, beyond a few cute dog pictures here and there on Instagram, and doesn't bring Passi de Preposulo too often to the red carpet. But the couple are very much in love. People reports they have been together since 2012.

Passi de Preposulo was born in Montebelluna, Italy and appears to share Chastain's love of fashion. He previously was the director of public relations for Armani and is currently working for Italian lifestyle brand Moncler. He belongs to a noble family that traces back over 1,000 years in Bergamo Alta, which is in the Lombardy Region near Milan.

The glamorous historic manor where the two got hitched is both a home to Passi de Preposulo's family, and a tourist destination in the region. The villa is open for guided tours on Sunday and, according to the Villa Tiepolo Villa website, even has a restaurant that serves "homemade" dishes using "ancient recipes" that feature vegetables and fruits from the estate's orchard.

The generally private couple didn't share many pictures from the big day. But, while there's not many photos from the nuptials, given the June wedding date it can be assumed that the guests might have enjoyed the Villa's vast gardens, one of its most gushed about features on Trip Advisor. Just look at this view from the balcony:

The spring blooms are particularly stunning. Just look at these flowers.

And this is the outdoor seating at the restaurant portion, where you too could enjoy Sunday brunch if you ever find yourself in the area one warm Sunday.

Though, that being said, if I were Chastain, I wouldn't mind an indoor wedding at this venue either, which includes dazzling ornate walls and splendid windows.

The art, particularly the frescoes, also aren't too hard on the eyes.

The villa uses its vineyard to make its own prosecco, Prosecco di Villa Tiepolo Passi. Which is great for couples looking to toast their nuptials — or who just want to stare out at the beautiful sun-kissed grape vines.

The fruit harvested in the fall also looks mouth-watering good.

It should be noted that, while you might not be marrying a guy who comes from an ancient history of Italian counts and countesses, you too can get married at two venues on the Villa property. The stables and the restaurant are both available to rent for special occasions. Though it'll be up to you to convince A-list actors to attend the celebration.

Chastain rarely discusses her partner publicly, but behind-the-scenes the couple chose the perfect location to honor his heritage and start their lives as husband and wife.