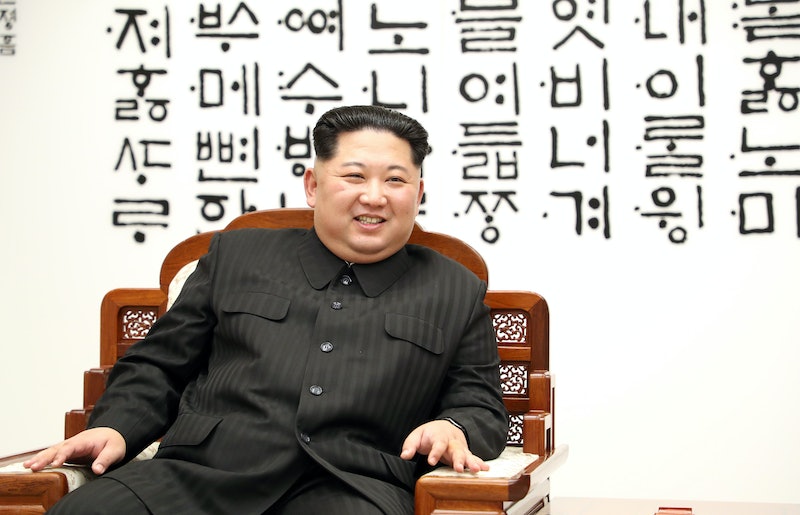 Intent on solidifying his power at home, the supreme leader of North Korea hasn't stepped foot outside his country in years, making his upcoming meeting with U.S. President Donald Trump in Singapore especially anticipatory. But North Korea's dictator hasn't always lived a life of relative secrecy in the communist country. In fact, he spent some of his youth attending school in Switzerland. But where exactly did Kim Jong Un go to school in Switzerland?

While the details of Kim's life and education in Switzerland aren't 100 percent clear, it is believed he attended at least two different Swiss schools. In 2009, it was reported that he had attended a private English-language boarding school known as the International School of Berne under the name "Pak Chol" or "Pak Un." According to the Associated Press, Swiss news magazine L'Hebdo reported that Kim learned English, German, and French at the school and was remembered by former classmates as being "timid," "introverted," and an "avid skier and basketball player."

In 2012, the Telegraph reported Swiss newspaper Le Matin Dimanche claimed to have learned that Kim missed a considerable amount of school and got poor grades. According to the Telegraph, Kim missed 75 days of school in his first year at the International School of Berne and 105 days in his second. The paper also reported Kim received especially low marks in natural sciences and barely passing grades in English, mathematics, culture and society, and German. The North Korean leader is reported to have received good marks in only music and technical studies.

During the 1990s famine, in which as many as 2–3 million North Koreans died as a result of starvation and hunger-related illnesses, Kim was in Switzerland. His childhood was marked by luxury and leisure: vast estates with horses, swimming pools, bowling alleys, summers at the family’s private resort, luxury vehicles adapted so that he could drive when he was 7 years old.

Following his time at the International School of Berne, Kim is reported to have attended the German-language Liebefeld-Steinhölzli public school in Koeniz from 1998 to 2000. At that school, it is reported Kim used the alias "Pak Un" and told classmates he was the son of someone who worked at the North Korean embassy.

Over the years, a few of Kim's former classmates at the Liebefeld-Steinhölzli public school in Koeniz have remember him with some fondness. In an interview with The Daily Beast, Joao Micaelo, who went to school with Kim from 1998 to sometime in late 2000, recalled the foreign leader as having been "a good friend."

According to The Daily Beast, Kim's former classmates described him as "the kid who had a good sense of humor, obsessed over basketball, especially the Chicago Bulls, and got along with everyone despite flashes of temper."

"We had a lot of fun together," Micaelo said. "He was a good guy. Lots of kids liked him... He loved basketball. We played a lot together."

Kim is said to have been abruptly removed from the Liebefeld-Steinhölzli public school — and Switzerland — before school ended in 2000. In 2011, he succeeded his father as the leader of North Korea following Kim Jong Il's death. While former Swiss classmates have, for years, recounted tales of a young Kim, it's worth noting that North Korea hasn't confirmed their leader's Swiss education, according to The New York Post.

While Kim doesn't appear to have kept in contact with his former Swiss classmates — Micaelo freely admitted to The Daily Beast that he doesn't know anything about Kim or the life he leads today — he's rumored to have a fondness for many Swiss things, including Swiss-inspired ski resorts and Swiss watches.