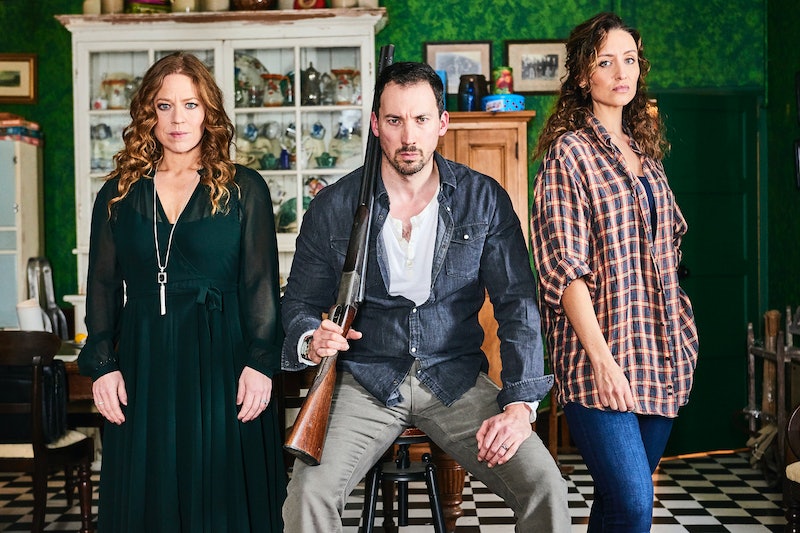 Ever since Big Brother was removed from the Channel 5 roster, the channel has been looking to push its own original series. A four-part thriller named 15 Days is just one of the exciting titles to look out for. It upends the usual story arc of most crime series by starting with the killing of a young man. The following episodes then take viewers back through the 15 days before the murder. Fans of Welsh TV may recognise the plot from Welsh language series 35 Diwrnod (which translates to 35 Days). So it makes sense that the filming location of 15 Days paid tribute to its predecessor.

35 Diwrnod aired in 2014 and provided the basis for Channel 5's 15 Days. The 2019 adaptation has, however, changed the story quite significantly. Instead of going back 35 days, it only rewinds 15. And instead of focusing on the murder of a young woman, it centres on the brutal killing of a young man by a member of his own family.

The official synopsis for the series explains that, after their mother's death, four distanced siblings reunite. Conflict over inheritance of the family farm ensues and one sibling is eventually shot and killed. Who did it may remain a mystery until the very end.

A housing estate in the Welsh village of Maesycwmmer was the primary filming location of 35 Diwrnod, reports the Caerphilly Observer. 15 Days was also unsurprisingly shot in Wales. According to production directory The Knowledge, principal photography for the series began in January. The Belfast Telegraph adds that Cardiff was the chosen location for the new series. (If the initial images are anything to go by, it looks like a pretty rural setting.)

Even the acting talent have fallen in line with the Welsh theme. Welsh actress Mali Tudno Jones — who also starred in the original Welsh production — appears alongside Welsh actors Geraint Morgan and Tom Rhys Harries. Other names to look out for include former Coronation Street star Catherine Tyldesley and Silent Witness' David Caves.

Tyldesley told the Belfast Telegraph that she "was immediately drawn into this wonderfully dark story from the very first pages of the script and couldn't wait to be involved." She also spoke about her character, Sara, describing her as "a complex woman at a very challenging time in her life and an absolute gift of a part to play. The setting is stunning and I am loving the dynamics of this talented cast as we navigate the twists and turns of an extremely gripping story."

15 Days will air four days in a row, ensuring that you'll remain engrossed from start to finish. It's not the only Channel 5 series guaranteed to cause a buzz. As TV Wise reports, Channel 5 has commissioned a bunch of other series to look out for in the near future. These include Clink, a 10-part drama set in a female prison, a film-length murder mystery that does not yet have a name, and a revenge thriller called Cold Call.

Whichever one you deem to be your favourite, it's nice to see Wales being given the TV attention it deserves.