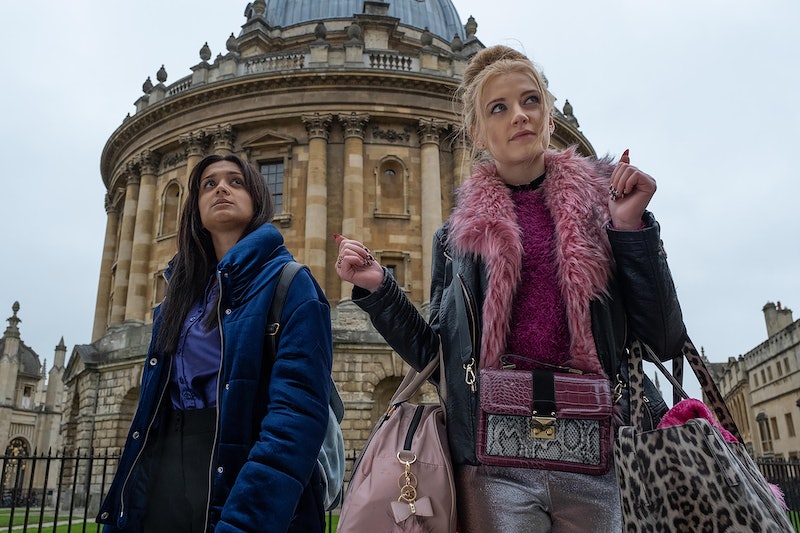 Channel 4's Ackley Bridge is back for a third series. The drama is set within a multicultural academy school, which is situated in a fictional Yorkshire town that has previously struggled with a racially segregated community. Series three will welcome back much of the original cast, and introduce several newbies including Robert James-Collier and Charlie Hardwick. But where is Ackley Bridge filmed? Here's all the information you want to know.

According to iNews, Ackley Bridge primarily films in and around the town of Halifax, and has previously been known to film scenes across the West Yorkshire region in locations such as Calderdale, Hebden Bridge, and Leeds. Channel 4 production crews were spotted filming in Halifax earlier this year, reports the Yorkshire Evening Post, with the Westgate Arcade and Halifax Borough Market being used as a backdrop for several scenes. As mentioned previously, the TV drama centres around a fictional institution known as Ackley Bridge College, and according to the Express, the now-closed St Catherine’s Catholic High School in Halifax is used as the show's main filming location. Students from other schools in the local area — such as North Halifax Grammar, Trinity Academy, and Calderdale College — are used as extras throughout filming for Ackley Bridge in order to create the essence of a real-life high school.

As reported by the Huddersfield Examiner, the show's director Penny Woolcock previously discussed the importance of including the local community in a series such as Ackley Bridge. During an interview about the show's filming location, she said, "I think it’s so important to have dramas that reflect the fact that most people live in provincial towns far away from the metropolis. All the kids you see are from local schools. Kids even popped up in the art and costume departments."

Woolcock went on to say that the Yorkshire residents were "very welcoming," and added "we didn’t have any aggro whatsoever, it was remarkable. I think it’s partly because we did the groundwork, we didn’t just show up. We went round and spoke to people and explained what was going on. And we'd get local people involved — for example, the street that Missy and Nas live on, a lot of the extras are the people who live on that street. That really changes how people feel about filming."

According to the RadThe third series of Ackley Bridge will return tonight at 8 p.m. on Channel 4. Following the conclusion of season two, Channel 4's Commissioning Editor, Manpreet Dosanjh, praised the show's ability to display the "diverse glory" of modern Britain. In a statement that confirmed a third series would indeed be going ahead, Dosanjh said, "We’re thrilled that our beloved Ackley gang are returning to Channel 4 next year for what is sure to be another joyful, outrageous and unmissable series. This bold and ballsy show reflects modern Britain in all its diverse glory and does so with wit, grit and its heart firmly in the right place."

In an ever-divisive political environment, a series which proudly displays an inclusive and culturally diverse Britain certainly gets a thumbs up from me — and I cannot wait for Ackley Bridge to return to our TV screens.