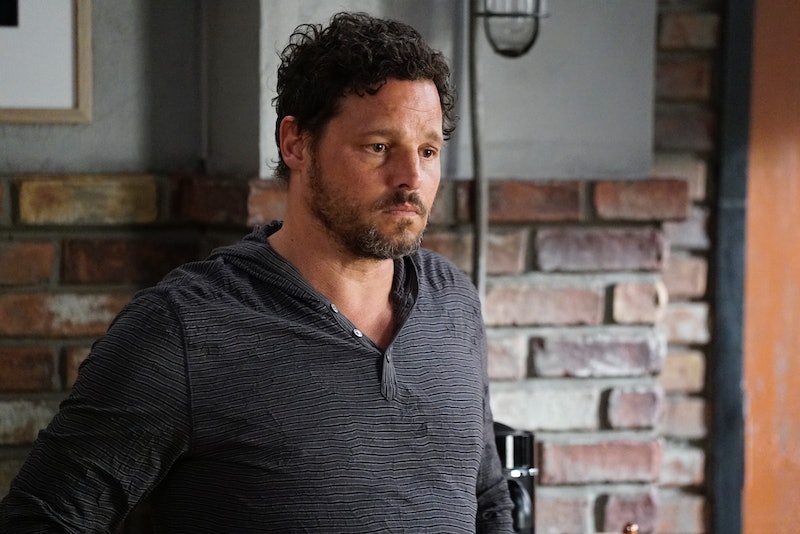 On Thursday, Jan. 23 Grey’s Anatomy will finally return from its winter hiatus, bringing with it many characters we’ve all come to know and love and even a couple new ones. However, one familiar face won’t be included among that lineup, as earlier this month it was announced that Justin Chambers, who plays Alex Karev, is leaving Grey's Anatomy. “There’s no good time to say goodbye to a show and character that’s defined so much of my life for the past 15 years,” Chambers said in a statement to Deadline. “For some time now, however, I have hoped to diversify my acting roles and career choices. And, as I turn 50 and am blessed with my remarkable, supportive wife and five wonderful children, now is that time.”

Which means that something is going to happen to Alex Karev on Grey's, even if it happens offscreen. The actor had been one of the central characters of the medical drama ever since its inception back in 2005, making his abrupt sendoff all the more heartbreaking, particularly since fans weren’t given any time to prepare for his departure. The last episode Karev will ever appear in aired on Nov. 14 and it gave no indication that he wouldn’t return, which means that this turn of events might have been just as much of a shock to the writers as it was to fans.

The episode centered around Meredith’s trial, which held the fate of her medical license in the balance. The board wanted to postpone the hearing once it was revealed that one of its members was responsible for Derek’s death. However, Karev convinced them to push forward anyway by demonstrating just how many lives Meredith has changed for the better. “You can’t postpone because these people have come from all over to speak for Meredith,” Karev said as he welcomed in a massive group of Meredith’s former patients, all of whom had come to speak on her behalf. Karev then read a moving letter from Cristina Yang — all of which helped solidify Meredith’s return to Grey Sloan Memorial. Without Karev, Meredith might not have been given her license back. So if Karev had to leave us with such short notice, he certainly went out a hero.

Chambers didn’t appear in the midseason finale, which took place just a week after Meredith’s trial. However, it was mentioned that Karev had gone "back home" to care for his mom, which perhaps may be how the show will attempt to explain his absence from here on out. (Though how his wife Jo is going to factor into that equation is still a huge question.)

For her part, Ellen Pompeo, who worked alongside Chambers since the beginning, expressed her heartbreak over the news on Twitter after Vanity Fair posted that Grey’s Anatomy was about to feel one of its biggest loses yet. “Truer words have never been spoken,” she tweeted in response along with a broken heart emoji. Now Pompeo, Chandra Wilson (Miranda Bailey), and James Pickens Jr. (Richard Webber) are the only remaining members of the original cast.

Karev may not have been the easiest guy to love at times, but he's come a long way throughout the years and the series just won't be the same without him.

More like this
'Grey's Anatomy's New Intern Got Advice From Dr. Bailey Herself
By Grace Wehniainen
Where Is Armie Hammer’s Ex-Wife Elizabeth Chambers Now After 'House Of Hammer'?
By Grace Wehniainen and Radhika Menon
24 Years Ago, 'Friends' Dropped Its Most Underrated Ross & Rachel Episode
By Grace Wehniainen
If 'Entergalactic' Season 2 Happens, You Could Get A New Kid Cudi Album
By Kadin Burnett
Get Even More From Bustle — Sign Up For The Newsletter