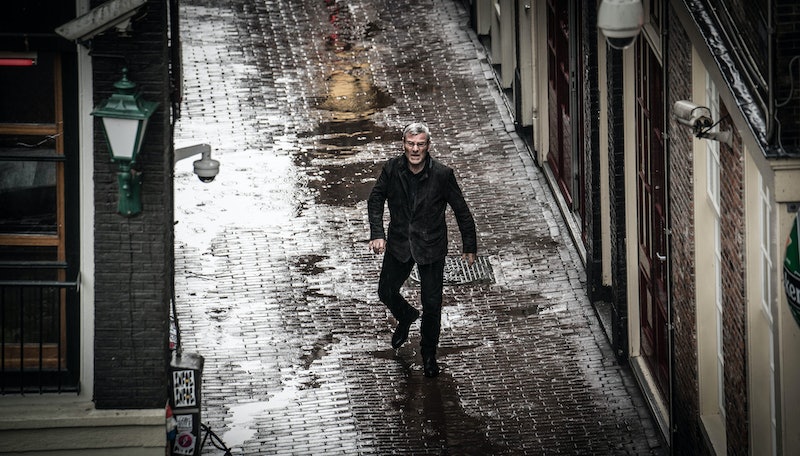 Y'all the weather might be getting cuter but IDGAF, summer be damned — I am here for high end entertainment, and I want it in huge, French accented portions. You guessed it, I am talking the one and only Juilen Baptiste, who is back on our screens, but not on a third season of The Missing. Nope, he only went and got his own TV drama. Move over Lewis, you're not the only successful spin off detective show in town. And this one is in an entirely different setting. So where is Baptiste filmed?

Well, not one to be constrained by one location and certainly not one to be boring, the series is filmed in multiple locations. The lion's share of the thrilling AF show was shot in Amsterdam, The Sun reports, from the beautiful streets and canals, to the red light district and the seedy criminal underground. As well as that, they dip into Belgium with Antwerp and the port of Ghent appearing in scenes on the show. And what would be a BBC show without a few shots of the most beautiful parts of the UK? The programme is also shot briefly in the UK, with some of the early scenes filmed in the very beautiful seaside town of Deal in Kent. Oof the garden of England. Fabulous.

The show is a spin off of The Missing, which is where you probably know our boy Baptiste from best, and is about as hotly anticipated as they come. The drama comes straight from the minds of brothers Harry and Jack Williams, who also brought us The Missing. Speaking to the BBC, the brothers shared how excited they are to bring Baptiste back to the comfort of your living room.

"Julien Baptiste lives! It’s an absolute pleasure to be writing the character of Baptiste again, and working with the utterly brilliant Tchéky Karyo, who brings such depth and individuality to Julien".

This new show sees Baptiste taking it easy after a serious cliffhanger which saw him receiving treatment for a brain tumour. He is visiting his daughter in Amsterdam, who has recovered from her horrific drug addiction and has recently become a first time mum, when the he is called upon by a former flame, who happens to be the local chief of police to help with an investigation. Obviously the French detective cannot say no, which is no shock considering how righteous and crime fighting he has been from the get go. Such a hero. Swoon. The case involves, you guessed it, a missing person. While looking for said missing person, Baptiste finds himself embroiled in all sorts of chaotic and effed up underworld business.

Tcheky Karyo, who plays Baptiste has fast become the "it" detective of recent times. Having featured in a mere two seasons of another show, he has already gained the legendary TV detective status of being known merely by his surname. Budge over Lewis, there is room in the bed for another.

Baptiste begins on BBC One on Sunday 17 February and will air weekly at 9 p.m. It is also available after each show has aired on BBC iPlayer.