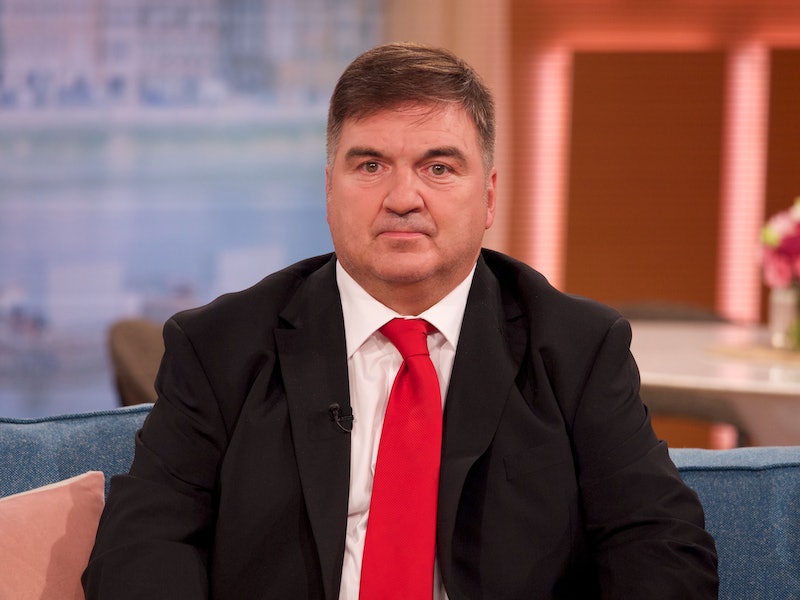 In April 1999, Jill Dando, a TV personality who most famously presented Crimewatch, was murdered outside of her own home in London. Two years later, a man named Barry George was arrested on suspicion of this murder. He was tried in court in 2001, and, after being found guilty by the jury, was sentenced to life in prison. However, seven years later, Barry George was acquitted of the crime and released from prison. During his time in prison, he had become one of Britain's most hated men, but now Barry George is a free man. So, where is Barry George in 2019?

Back on Jan. 25, the BBC announced that they had commissioned a documentary to commemorate the 20th anniversary of the death of Jill Dando, one of the country's most beloved journalists and TV presenters. As the Guardian reports, "Dando was probably best known as the face of BBC hit shows Crimewatch and Holiday." In 1997, Dando won BBC Television Personality of the Year for her work on these shows and the Six O'Clock News.

The BBC claim that their new documentary — called The Murder Of Jill Dando — will tell the full story of "one of Britain’s most high-profile unsolved killings" with the aid of never-before-seen footage provided by the Metropolitan Police, as they play out the unaired evidence in real time.

Airing on Tuesday, April 2 on BBC1 at 9 p.m., according to The Sun, The Murder Of Jill Dando will spotlight the life and death of Dando more than it'll focus on Barry George's affiliation with it, although viewers will get some insight into how his life sentence was decided.

George gave an interview to the Mirror in July 2018. The newspaper reports that George had been living in Hackney, in East London, after his release, when a "chilling threat" was made against him. George told the Mirror: "When I was in emergency accommodation in Hackney, I was stood in a long hallway and I had a gun put to my head and was told ‘Watch your back’." After this incident, George "fled to live in Ireland in 2009, saying he feared for his life and was being subjected to police harassment," the Mirror writes.

The Mirror also reports: "Three years after being denied £1.4million by the Ministry of Justice, [George] was refused compensation at the Court of Appeal in 2013 for his wrongful conviction as he was 'not innocent enough.'"

In an interview published on March 25 2019, George asked the Daily Mail: "How more innocent than innocent can a person be? I spent years in custody and then they have looked at the thing and decided I’m not innocent enough." George told the newspaper he is still keen to "continue [his] fight for justice."

George's sister Michelle Diskin Bates published her book Stand Against Justice in October 2018, in which she revealed that her brother was still living in Ireland, due to "constant hounding from the tabloids," according to the Irish Telegraph.