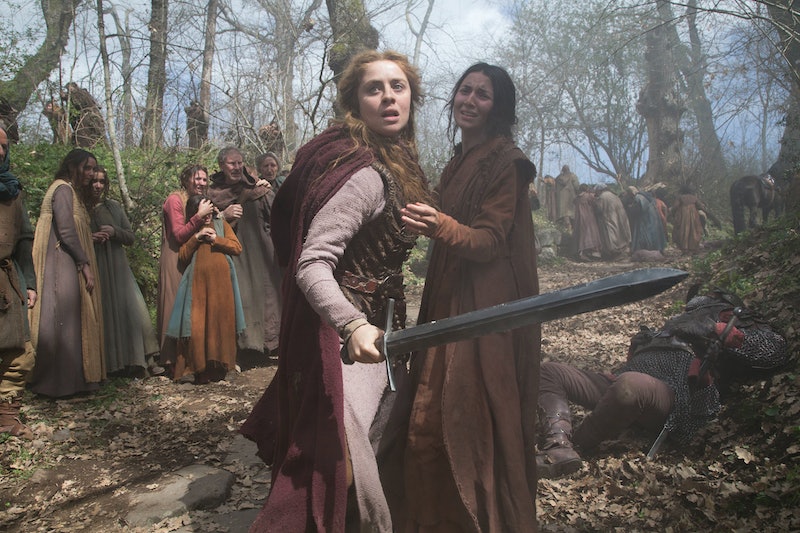 The TV adaptation of Umberto Eco's The Name of the Rose is set to make its debut on BBC Two, and with the help of a stellar cast, the historical murder mystery has been brilliantly reimagined. The story centres around the Franciscan monk William of Baskerville, and his apprentice Adso von Melk, who become wrapped up in a murder case whilst on a trip to a monastery in the Alps. Much of the original novel is set within a fourteenth century abbey, but does the TV adaptation follow suit? And where is The Name of the Rose filmed?

According to iNews, the original book drew inspiration from an Italian religious complex known as the Sacra di San Michele, which is situated within the Piedmont Alps — and the BBC adaptation appears to have stayed true to the story's roots, because filming took place in a variety of locations around Italy. Throughout production, the Castle of Roccascalegna in the Abruzzo region, and the smaller village of Civita di Bagnoregio were used to create many of the impressive exterior shots, whilst the Abbey of Montelabate in the Province of Perugia was selected as a backdrop to some of the drama's interior scenes. Other locations used throughout filming of The Name of the Rose include the Cinecittà Studios in Rome, as well as various forests and national parks, including Bosco della Macchia Grande and Monti Cimini.

Set in 1327, the series follows the story of a Franciscan friar known as William of Baskerville, who along with his young apprentice Adso von Melk, is asked to investigate a string of mysterious deaths at an abbey — and during their visit, the pair face the wrath of an inquisitor who has been sent by the Pope himself. As reported by The Sun, the cast of the BBC thriller includes Oh Brother, Where Art Thou's John Turturro, The Madness of King George star Rupert Everett, German actor Damian Hardung, Lost star Michael Emerson, Italian actor Greta Scarano, and more.

According to the Radio Times, the series is based on Umberto Eco’s debut novel, which became one of the best-selling books of the 1980s. Following The Name of the Rose's unexpected success, a big-screen adaptation starring Sean Connery was released back in 1986, however, viewers can expect a much deeper reimagining of the original tale when the eight-part TV series makes its BBC debut.

As Variety reports, the medieval drama is a German-Italian production, and the BBC acquired the rights to The Name of the Rose back in 2018. In addition to the show's impressive cast, the decision to introduce British viewers to the series most likely arose from the success of the original book, which has sold more than 50 million copies worldwide since its release almost 40 years ago.

So, if you're keen to see how this classic '80s novel translates onto the small screen, you can catch the first episode of The Name of the Rose on Friday, October 11, at 9 p.m. on BBC Two

More like this
This First Look At 'The Gold' Shows Jack Lowden In A Whole New Light
By El Hunt and Sam Ramsden
Everything To Know About The 'Daisy Jones & The Six' TV Series
By Maxine Harrison and Brad Witter
The Song At The End Of 'The Last Of Us' Ep 1 Has A Deeper Meaning
By Sophie McEvoy
'The Last Of Us' Has Officially Been Renewed For Season 2
By Darshita Goyal
Get The Very Best Of Bustle/UK
Sign up for Bustle UK's twice-weekly newsletter, featuring the latest must-watch TV, moving personal stories, and expert advice on the hottest viral buys.