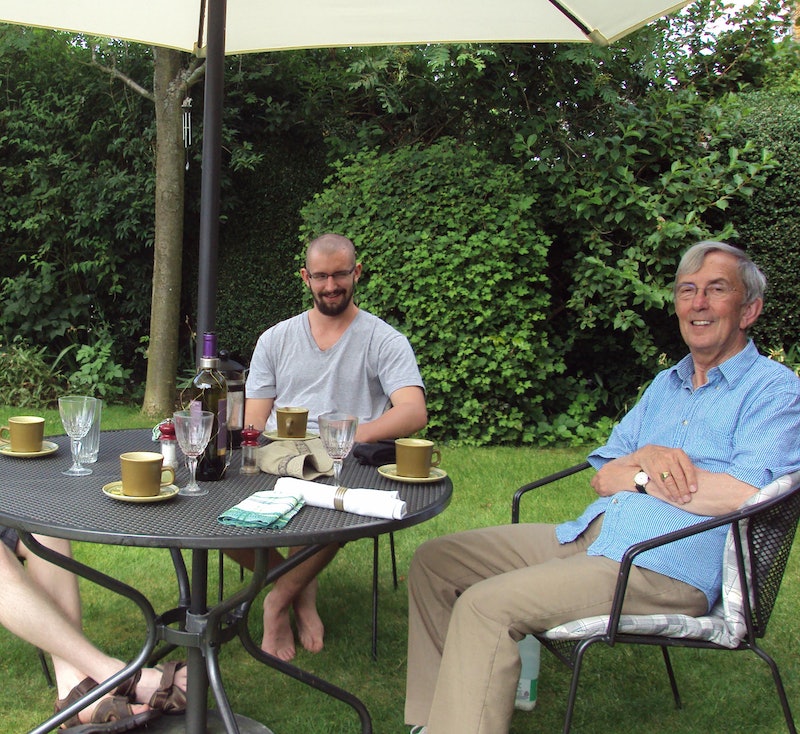 In Channel 4’s Catching A Killer Series, a murder investigation that took years to solve will be recounted through one vital piece of evidence — the victim’s diary. In 2015, a former English teacher died after a long illness, followed by his neighbour in 2017. After the deaths, Thames Valley Police grew increasingly suspicious of Benjamin Field, a mysterious figure who was named in the wills of both of the deceased. So where is Benjamin Field now, and how was he convicted?

As BBC News reports, Field was sentenced to “a minimum of 36 years” in prison last October after being found guilty for the death of 69-year-old Peter Farquhar. He was also charged for Anne Moore-Martin’s death, Farquhar’s neighbour, but was found not guilty as it was determined she’d died from natural causes.

Regardless, Field had duplicated Farquhar and Moore-Martin into “fake relationships” with the end goal being to dupe them into making them change their wills to make him benefit from their money and even Farquhar’s home. As Thames Valley police note in a statement on the documentary, Field slowly poisoned Farquhar and convinced “him that he was losing his mind,” alongside “leaving messages from ‘God’ to Ann on her mirrors in her house, convincing her to change her will.”

Over the course of 26 months, Thames Valley Police found 2,671 items related to Field crimes, including Farquhar’s diary where he documented his deteriorating health, among other things. “In a way Peter is talking to us from beyond the grave, potentially narrating his own murder,” DCI Mark Glover said (via The Sun).

“This case is unique in so many ways and is completely unlike any other investigation I have come across in my 31 years of policing,” Principal Investigator Mark Glover said. “The documentary shows his deviousness, his arrogance and the true extent of his evil.” He continued:

“What it also shows is the scale of our investigation, and the sheer amount of work, dedication and expertise from so many people which eventually resulted in Ben being brought to justice. I’m really pleased that this has been documented and that people across the country will be able to find out more about this extraordinary case.”

Thames Valley Police obviously play a major part in this documentary and will be running a Q&A on Twitter during the airing of the episode on Monday (Jan. 13). Two detectives that worked on the investigation will be on hand to answer questions, which you can ask through the hashtag #CatchingAKiller

More like this
A New Netflix Doc Will Explore The Unsolved Murder Of Jill Dando
By Sam Ramsden
This First Look At 'The Gold' Shows Jack Lowden In A Whole New Light
By El Hunt and Sam Ramsden
Spencer Matthews’ Impressive Net Worth Expands Far Beyond Chelsea
By Sam Ramsden
Barney Walsh Has Been Linked With This Famous Miss World Winner
By Sophie McEvoy
Get The Very Best Of Bustle/UK
Sign up for Bustle UK's twice-weekly newsletter, featuring the latest must-watch TV, moving personal stories, and expert advice on the hottest viral buys.