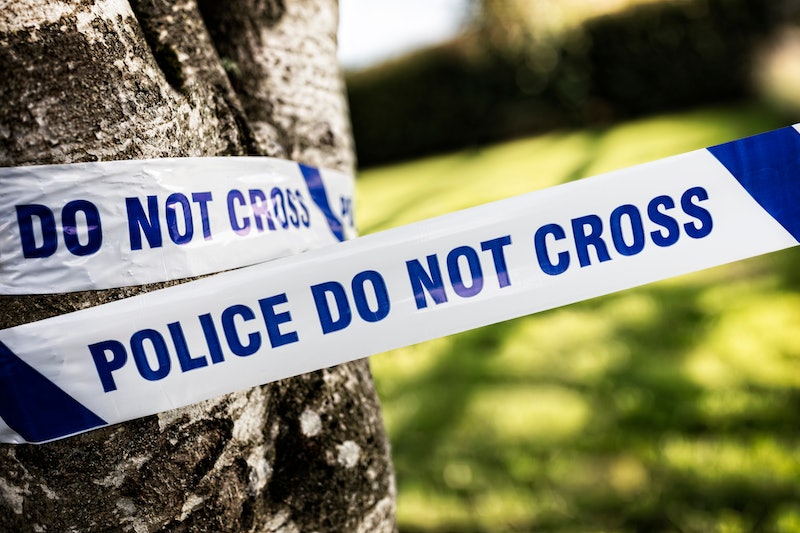 Having had a significant impact on the UK legal system, the tragic case of Julie Hogg went on to make history, and this monumental story is about to retold in BBC Two's Catching Britain’s Killers: The Crimes That Changed Us. The true-crime documentary delves into the events surrounding Hogg's murder, and takes viewers on a journey through a 15-year-long battle for justice that eventually ended in the conviction of Billy Dunlop. But what else is there to know about this historic murder investigation, and where is Billy Dunlop now?

According to The Sun, single mother Julie Hogg, who lived in Billingham, County Durham, was reported missing in November 1989. At the time of her disappearance, local police treated the case as a missing persons inquiry. However, three months later, Hogg's body was discovered behind her bathtub by by her own mother. After the horrific discovery, the case was escalated and police began to hunt for the killer. Several suspects were initially questioned by police, including a Hogg's former boyfriend Billy Dunlop.

After reviewing evidence such as the fingerprints left on Julie’s keys, as The Sun reports, Dunlop was eventually named as the prime suspect, and subsequently went on trial not once, but twice, for the murder of Julie Hogg. Following the trials, Dunlop was cleared of any charges related to Hogg's murder after an inconclusive verdict from the jury.

However, the story does not end there, as Dunlop was eventually jailed for his crimes thanks to the efforts of Hogg's mother, Ann Ming. As the BBC explains:

"After a jury failed to convict her daughter’s former boyfriend Billy Dunlop, Ann fearlessly took on the political and legal establishments, knowing that unless the law was reformed, he would never face a re-trial. After years of tireless campaigning, Ann finally succeeded and in 2006 Dunlop was tried again — and became the first person to be convicted under the newly reformed double jeopardy law."

Prior to his eventual conviction, Dunlop was already serving a prison sentence for assaulting another woman, and, as The Sun reports, he was allegedly known to brag about the supposed safety net of the double jeopardy law, and even confessed to a prison guard that he was in fact responsible for Hogg's untimely death.

At this moment in time, Dunlop remains in prison. However, as the BBC reports, Hogg's family are now concerned that he could be released earlier than they expected. "He was to serve a minimum of 17 years but Ms Hogg's son, Kevin Hogg, is now 'livid' he could get parole in 2021," the BBC wrote in July 2018. "The Parole Board said [that the] time Dunlop had already served on remand had been deducted from the tariff. A letter to Ms Hogg's family from the Probation Service sets out the process for Dunlop's possible transfer to an open prison and says he would 'not become eligible for release until 2021 (tariff expiry).' The family were expecting his 17-year tariff to expire in 2023, even allowing for time on remand."

As mentioned previously, the case of Julie Hogg will be explored throughout BBC Two's newest crime series, Catching Britain’s Killers: The Crimes That Changed Us. During this particular episode, viewers will discover how the determination of Hogg's mother was the driving force behind Dunlop's imprisonment, and led to the reformation of the double jeopardy law in the UK. The true-crime series will also take a look into other high-profile murder cases, such as the murder of Stephen Lawrence.

Catching Britain’s Killers: The Crimes That Changed Us currently airs on Wednesdays at 9 p.m. on BBC Two.

More like this
Where Is Oscar Torres In 'Only Murders In The Building' Season 2?
By El Hunt
Yinka Bokinni Recalls Terrifying Truth At Heart Of 'How To Hire A Hitman'
By Frances Stewart
'Sherwood’s Filming Locations Hold Deeper Meaning
By Rachel Mantock
Everything To Know About 'The Undeclared War' Season 2
By Rachel Mantock
Get The Very Best Of Bustle/UK