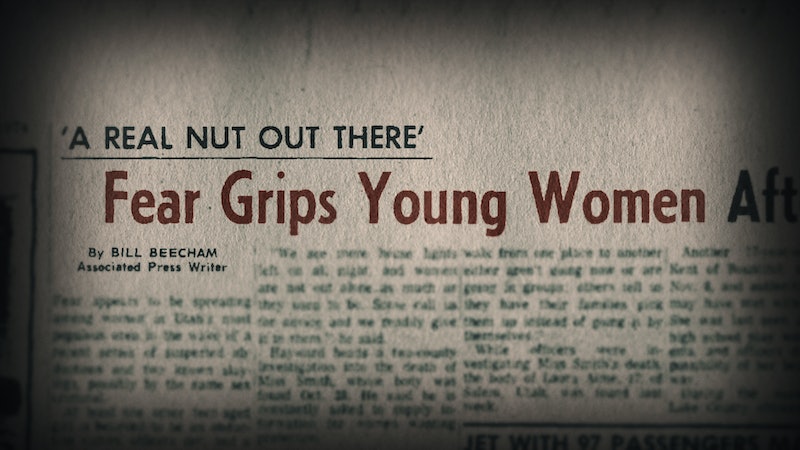 Most women who encountered serial killer Ted Bundy didn't live to tell anyone the horrors they experienced, but in a new Netflix docuseries, one of the survivors lends their voice to the story. Carol DaRonch is interviewed in Conversations With A Killer: The Ted Bundy Tapes about her close call with Bundy — despite her encounter with the man who murdered 30 women in total, she was able to go on to make a life for herself. Luckily, it seems like Carol DaRonch is doing fine in 2019.

In the decades since her alleged encounter with Bundy, DaRonch has not been shy about telling her story. There is a Facebook page in her name on which updates on kidnapping and murder victims are shared, and where comments praise DaRonch for her bravery and escape. The page isn't "verified" like some celebrities' or public figures' pages often are, but its handle is "@realcaroldaronch," and it links out to a contact form to be used for DaRonch's media inquiries, so it definitely seems affiliated with the real woman.

DaRonch has given accounts of her struggle with Bundy on true crime shows before, though it doesn't appear that she's done any appearances recently except for Netflix's doc. She spoke to People magazine in 1989, around the time of Bundy's execution, about how the attack had affected her. “I don’t trust people like I used to. You can’t anymore. It’s an evil world out there," she said, adding that she's tried to move on despite the scars. "I’ve decided to try and block it from my memory. You can’t live in fear forever."

She also said in the same interview that she was not upset about Bundy receiving the death penalty. "We’re both real happy Bundy is finally gone,” she said, referring to herself and her then-fiancé "He lived too long, if you ask me. If they’d have asked me, I probably would have pulled that switch myself."

In another TV interview, though it's unclear what channel or program it's from, DaRonch talked about what she was thinking in the moments before she escaped Bundy's clutches. "I knew he was gonna kill me," she said. "I thought, 'No one's ever going to know what happened to me.'"

According to Gizmodo, Bundy approached 18-year-old DaRonch in 1974, claiming to be a police officer. He said a thief had tried to rob her car, and she needed to come with him to file a police report. She asked him for some kind of identification, and he showed her a badge. DaRonch got into his car, but when things went sideways and he handcuffed her, she was fortunately able to fight, escape, and run away. According to the Los Angeles Times, Bundy successfully abducted another 17-year-old, Debra Kent, on the very same night, and years later admitted to killing her.

DaRonch's famous experience has been dramatized time and time again in movies and TV shows that have examined Bundy's crimes. In the 1996 film, The Deliberate Stranger, an entire scene is dedicated to her capture and escape, and the series Murder Made Me Famous also turned an eye on the traumatic events with the help of a People magazine crime reporter. And now with Conversations With A Killer, viewers might get a little more perspective on just how much DaRonch was affected by Bundy's sinister actions.