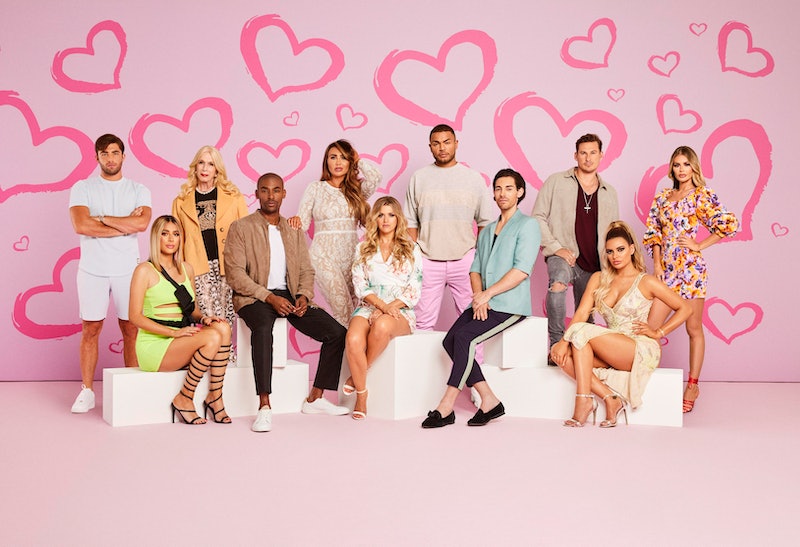 As one reality TV show about love ends, its only fair that its swiftly replaced with another. We've closed the chapter on Love Island for another year and we're all slightly worried about how we'll spend our summer evenings at 9 p.m. But have no fear because Celebs Go Dating is here. The show that has previously brought us some incredible moments so I'm hopeful that, with this new collections of celebs, the show will be the perfect remedy to the end of Love Island. The celebrities go on some pretty amazing dates, but where is Celebs Go Dating filmed?

The brand new series of the show kicks off on Monday August 5 at 10 p.m. and I for one could not be more excited. I would consider myself a bit of a Celebs Go Dating super fan and so I love to watch the drama of the dates and the advice given by the experts. According to The Sun, this season experts Paul Carrick Brunson and Anna Williamson will be returning as well fan favourite Tom Read Wilson who works as the Junior Client Coordinator. The Evening Standard reports that the office which is home to the Celebs Go Dating Agency in is London with Williamson saying: "It’s in central London, it’s a real agency! It is absolutely real and legitimate, obviously Paul and I have private work as well which we do, but we come together for this show."

Camden New Journal revealed back in 2018 that the headquarters for the Celebs Go Dating agency was in Holborn. They reported that Holborn would be getting a lot busier thanks to filming of the new show saying, "a dating agency like no other is set to pop up in Holborn after producers of a hit celebrity match-making show asked Camden Council for permission to bring in their camera crews. Neighbours say they have assurances that they will not be left without a place to park when Channel 4 begins shooting its hugely-popular series Celebs Go Dating at a house in historic John Street next month."

A Holborn resident told New Journal "some­times it’s forgotten people do live in this area. Just because we are central, doesn’t mean it’s not like any other part of London where we need some­where to park and pave­ments to walk down, without equipment and lights and people dressed up like they are in Pickwick Papers. This time, maybe they will be dressed like they are in Love Island." Wow, strong words.

The celebs' dates seem to take place at pretty swanky London spots, because of course, only the best for the creme de la creme of the British single celebrity scene. Former expert Eden Blackman revealed some secrets about the show to The Mirror saying "theres no one specific restaurant or bar that they choose. The locations are all kind of recommendations really... we’ve got an amazing team at Lime Pictures who do a lot of scouting. So they’re just really venues that would work for filming."

Eater London also revealed that Lee Ryan, who is participating in the new series, dined at the very stylish restaurant Park Chinois in Mayfair, and the report that it was not your usual dinner date but instead a date for Celebs Go Dating. So, if you want to date like a celeb, you know where to go.

More like this
'The Catch' Revisits A Famed Irish Filming Spot From 'The Tudors'
By Darshita Goyal
Vanessa Bauer Is Reportedly Dating Her 'Dancing On Ice' Partner
By Darshita Goyal
Spencer Matthews’ Impressive Net Worth Expands Far Beyond Chelsea
By Sam Ramsden
Charlotte Crosby’s Net Worth Shows How Far She’s Come Since 'Geordie Shore'
By Darshita Goyal
Get The Very Best Of Bustle/UK
Sign up for Bustle UK's twice-weekly newsletter, featuring the latest must-watch TV, moving personal stories, and expert advice on the hottest viral buys.