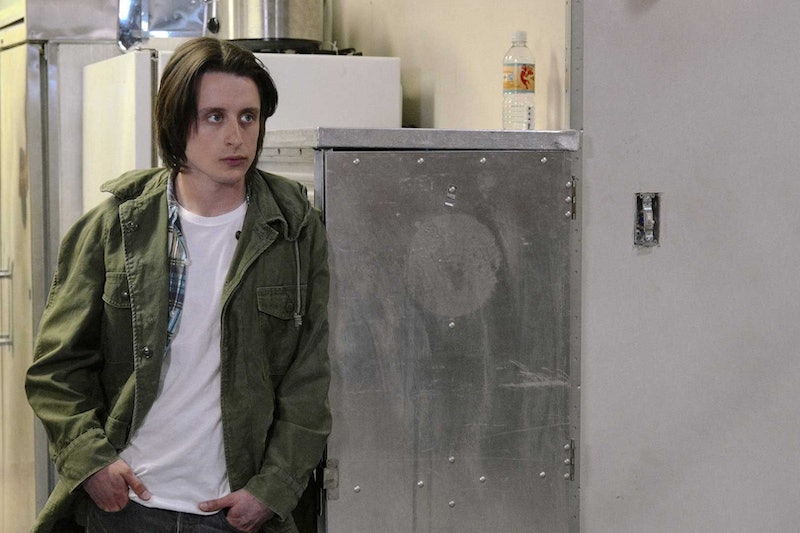 It's been 27 years since a 51-day standoff involving the Branch Davidians religious sect, their leader David Koresh, and federal agents took the lives of 76 people in Waco, Texas. Paramount miniseries Waco — which recently arrived on Netflix — retells a dramatized version of the story, following one of the few people who lived in the Branch Davidian compound and actually survived the deadly siege: David Thibodeau, who is still alive but has since cut ties with the Branch Davidians.

In fact, Thibodeau had an active role in the show. Waco is partially based on his 1999 book A Place Called Waco: A Survivor's Story, and he served as a consultant for the series. Per The Dallas Observer, his firsthand experience helped to inform set design and wardrobe as production recreated the Waco compound. Thibodeau told the outlet that the show got "some small details wrong," but that he was ultimately satisfied with how Waco tells the story.

"It was a very profound and sobering experience, being on set. It was just like being back there," Thibodeau, whose wife Michelle and daughter Serenity were among those who didn't survive the siege, told the Bangor Daily News. He also commended the level of detail that went into recreating the compound that was his home for over a year — from recreating "the room where I used to play music with David [Koresh]" to making sure that every person in the compound was represented in the series. "[Karyn Wagner], the costume designer, had a picture of every person that was there," Thibodeau said. "I spent five minutes with each photo, remembering them." He added that the show's focus on those individuals made Waco "the first time that all sides of the story have been told."

Thibodeau's endorsement of the series does not come lightly, as he has not been shy about criticizing the media for its portrayals of Branch Davidians in the past. In his Dallas Observer interview, Thibodeau called ABC's 2018 special Truth and Lies: Waco a "propaganda piece," despite his own on-camera involvement. Thibodeau has also been critical of the media's coverage of the Branch Davidians, starting with the claim that Thibodeau himself was a member of the religious sect. He told the Observer that he never considered himself to truly be a Branch Davidian, and that while he "believed Koresh was a prophet," he — and even Koresh's more loyal followers — did not "worship" him.

Furthermore, Thibodeau believes that the media dedicated too much airtime to dehumanizing the members of the Branch Davidian sect, especially those who perished in the fire that took the compound. "The spin was in the demonization — all of it," he told Time. "It's incredibly hard to fight against as an individual."

Still, Thibodeau acknowledges that the pain Koresh caused his followers and others was very real. "To all the people that [Koresh] hurt, I'm not — I can't be an apologist for David Koresh, but I feel for people that have had negative experiences at the hands of David," he said in the Dallas Observer interview.

Today, Thibodeau spends much of his time as a drummer in Maine with his band The Blast Addicts. He told Bangor Daily News that following his experiences at Waco, he "had a lot of rage inside" of him. "Now I just hit the hell out of drums instead of raising my voice. That helps a lot."

This article was originally published on Jan. 31, 2018