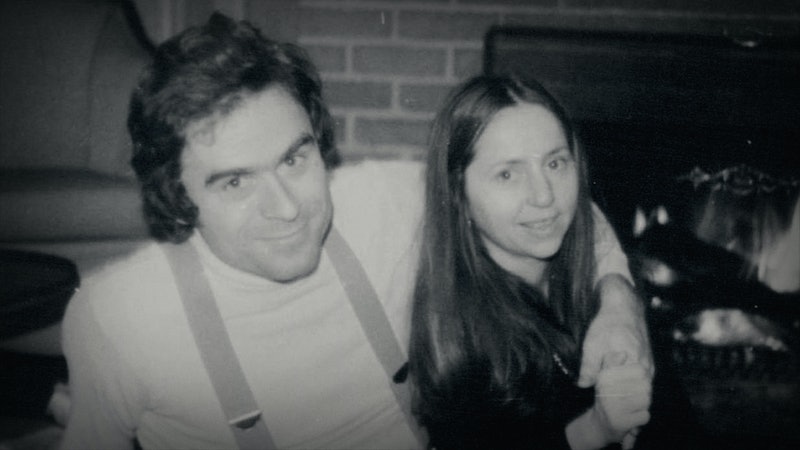 While Ted Bundy eventually confessed to murdering upwards of 30 women, he was also close to several women in his life who had no idea what he'd been up to. As the Netflix series Conversations with a Killer: The Ted Bundy Tapes shows, one of these women was Bundy's ex-girlfriend Elizabeth Kloepfer. According to UPI, the two dated for six years after meeting at a bar in Washington. Years later, when he was finally arrested in Florida, Bundy made Kloepfer his first phone call.

"He told me that he was sick and he was consumed by something that he didn't understand," Kloepfer recalled of their 1978 conversation, according to the third episode of the Netflix series. "He just couldn't contain it ... he was preoccupied with this force." Although Kloepfer stayed in touch with Bundy even after his trial proceedings began, she had also expressed concerns with his behavior throughout their courtship. According to what Kloepfer's friend Marylynne Chino told KUTV in 2017, Kloepfer had even reported him to the police a few times.

Chino said that, in 1974, a police sketch of a man believed to have kidnapped several women in Washington was released. "We were flabbergasted ourselves because we knew him," Chino said of when she and Kloepfer saw the sketch. Chino said she convinced Kloepfer to call the police with her. But the police misidentified the suspect's vehicle as bronze instead of tan which led Kloepfer to believe she was incorrect about the sketch.

But after Bundy moved to Utah and similar incidents happened there, Chino again told Kloepfer to talk to the police. Both women ended up providing information that helped police build their case against Bundy, per KUTV.

In 1981, two years after Bundy was sentenced to death for his role in several Florida murders, Kloepfer published a memoir about dating Bundy. She wrote it under the pseudonym Elizabeth Kendall, and it was titled The Phantom Prince: My Life with Ted Bundy. According to UPI, she claimed in the book that Bundy had once allegedly tried to kill her by closing the chimney flue and putting a towel under her door so the smoke couldn't escape while she was sleeping. Kloepfer eventually survived by opening a window for air, but claimed in her book that "he wanted me to die that night."

According to The News Tribune, Kloepfer also wrote in her book that his frequent disappearances confused her. "Ted went out a lot in the middle of the night. And I didn’t know where he went. Then he napped during the day. And I found things, things I couldn’t understand," she wrote.

It's been over 30 years since she wrote that memoir, and interest in the Netflix series will likely extend to viewers wanting to know where key players are now. But Kloepfer has maintained a low profile likely thanks in part to her having to several pseudonyms. In addition to her Elizabeth Kendall name, she was also referred to as Meg Anders in another prominent Bundy book called The Stranger Beside Me written by his former friend Ann Rule. Rule wrote in her book that she purposefully has refrained from learning about Kloepfer and her daughter's whereabouts so as not to disturb their privacy.

Kloepfer will see her story back in the limelight again soon because the Zac Efron Bundy biopic Extremely Wicked, Shockingly Evil and Vile is told from Kloepfer's perspective, according to Yahoo. It's likely that her memoir provided source material for the actors and writers to work with, and Kloepfer herself will be portrayed by Lily Collins, per Slashfilm. Perhaps more will be revealed about Bundy's ex-girlfriend in that film. But as it stands now, the public should respect her privacy.

More like this
Where Is Armie Hammer’s Ex-Wife Elizabeth Chambers Now After 'House Of Hammer'?
By Grace Wehniainen and Radhika Menon
What Is 'Pretty Wild' Star Tess Taylor Up To Now?
By Morgan Leigh Davies
Gabby Petito’s Family Responded To The New Lifetime Movie About Her Final Days
By Grace Wehniainen
Jeffrey Dahmer’s Arresting Officer John Balcerzak Got His Job Back After Being Fired
By Grace Wehniainen
Get Even More From Bustle — Sign Up For The Newsletter