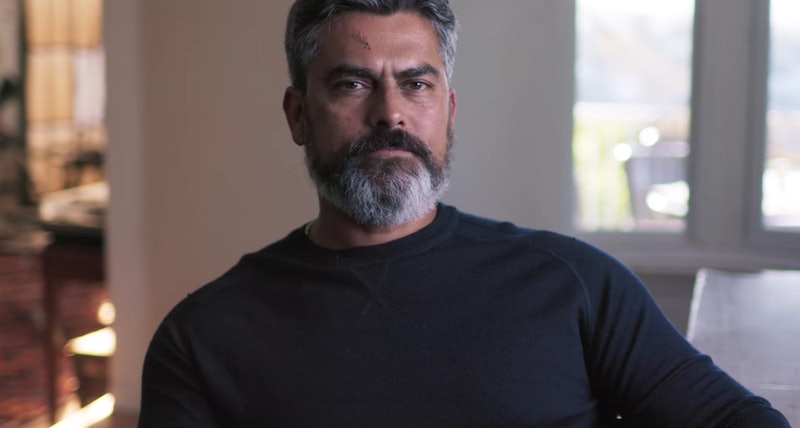 On March 14, 2011, Francisco "Franky" Carrillo was released from prison after 19 years served for a drive-by murder he did not commit. His case had relied entirely on eye witness testimony, but with the help of a reenactment, his legal team was able to prove that there was "no way, physically possible that anyone standing on the curb could have identified anyone inside that car that was driving by," Carrillo's attorney Ellen Eggers told NBC Los Angeles. So, his conviction was overturned.

As chronicled in Netflix's The Innocence Files, Carrillo is now married with two young children, and remains close with his older son, Theo Arechiga, who he had in a previous relationship and kept in contact with while he was in prison. After being released, Carrillo received a bachelor's degree from Loyola Marymount University, according to the Innocence Project. He was also granted $683,300 from the state of California in 2014, as well as $10.1 million in 2016, following a civil rights lawsuit he'd filed against the city of Los Angeles.

In 2017, Carrillo began campaigning to represent California's 51st Assembly District. "I know firsthand what it means to face hardship, and how important it is to know you have an advocate in your corner," he told Southern California Public Radio in 2017. He was ultimately elected to L.A.'s Democratic Central Committee in 2020.

In addition to his political career, Carrillo is also an advocate for those still in prison. "Now that I'm home, I feel I have an obligation to use my voice for good," he says in The Innocence Files. "To go to the Capitol and testify for bills that I support — if it's when I hear about someone who's innocent, then I can go into a rally and speak on their behalf. I want to show up and be heard and, to some degree, speak for the people who don't have a voice the same way I didn't have a voice."

On Instagram, Carrillo posts occasional pictures of his family and also shares throwback photos from his time in prison and his life before. "I'm entering 2020 at the age of 45 and I feel great," he wrote on Jan. 2. "I'm blessed and I am living a wonderful life. For those who haven't seen me for a while, here I am. I have more gray hair, my eyes are tired, I still have a beard, but above all, I'm the luckiest man alive."