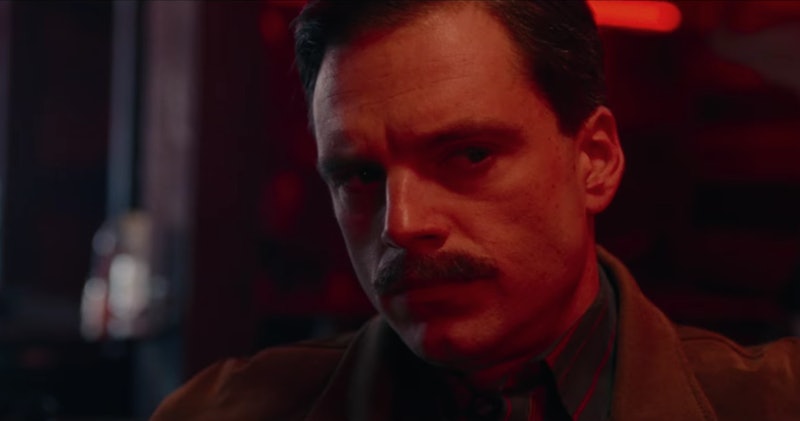 It was one of the '90s most notorious scandals, combining the glitz and glamour of figure skating with sport's brutal competition and physicality. The attack on ice skating darling Nancy Kerrigan by purported bitter rival Tonya Harding's ex-husband Jeff Gillooly and his goons was the stuff of tabloid gold, with the story covered the world over in the lead-up to both women competing for spots on the 1994 Winter Olympics team. Harding insisted she had no knowledge of the conspiracy, but Gillooly testified otherwise to the FBI. While Harding was banned from the world of professional figure skating and became a fringe figure, popping up now and again on reality TV, the rest of the people involved drifted into anonymity. So where is Jeff Gillooly now?

Interest in the confessed leader of the leg-smashing plot has risen with the upcoming release of I, Tonya, a film dramatizing Harding's life and relationship with Gillooly starring Margot Robbie and Sebastian Stan, respectively. After Kerrigan's attack, the media storm surrounding the duo was intense. Harding denied knowing anything about Gillooly's plan then and maintains her innocence to this day, though she pled guilty to conspiracy to hinder investigation. Gillooly took a plea bargain in exchange for testifying against his ex-wife and friends, including Harding's bodyguard Shawn Eckhardt, getaway driver Derrick Smith, and the man who actually attacked Kerrigan on January 6, 1994, Shane Stant. Gillooly still received the harshest sentence out of the entire group — two years in prison, despite a plea for leniency based on his cooperation with investigators, the New York Times reports. He was released in 1995 after serving six months.

When he got out of prison, Gillooly seemed determined to put the past behind him. He'd shaved off his recognizable mustache, and legally changed his surname to Stone. He currently lives in a small Oregon town, the same area he grew up, met, married and divorced Harding in. In 1995, he remarried Nancy Sharkey, a woman he'd met in 1991 when she gave him a manicure at her salon, according to Deseret News, and who visited him throughout his prison stay. The couple had two children, Haley and Noah, before splitting in 2000; in 2005, Sharkey committed suicide. Gillooly remarried again in 2012.

Gillooly's earlier life with Harding still comes into play on occasion. In 2008, Harding released a book of compiled interviews, The Tonya Tapes. Included among the many shocking allegations was her claim that Gillooly and two other men had taken her to a remote mountain location, raped, and threatened to kill her if she didn't tell the FBI exactly what they told her to to say about the Kerrigan attack. Asked about the accusation in an interview with Deadspin, Gillooly said, "I forgot about that. I think I kind of laughed about it. I think most people did, to tell you the truth."

In a rare interview in 2013 with Deadspin, when asked if he has any regrets, Gillooly said, "I'm a big believer in how you lay out your life and how each step you take, each opportunity you use — whether for good or for bad — kind of leads you down the road."

In the same Deadspin interview, though, Gillooly said that he regrets ruining Harding's impressive skating career. "She'll never be remembered for how wonderful a figure skater she was. She'll be remembered for what I talked her into doing." So far, he's been close-lipped on his thoughts about I, Tonya, the latest movie to come out about his life, but has remarked on one element. His onscreen counterpart Sebastian Stan told Buzzfeed that Gillooly had written to him, saying, "'You might have actually made that mustache look cool for once."

Gillooly's involvement in the Kerrigan attack has made him something of a joke among the public, to the point that the word "gillooly" became slang for anything completely bungled in execution. Still, Stone never denied or played down his involvement, and though he rarely gives interviews, he seems to bear the jokes with humor.