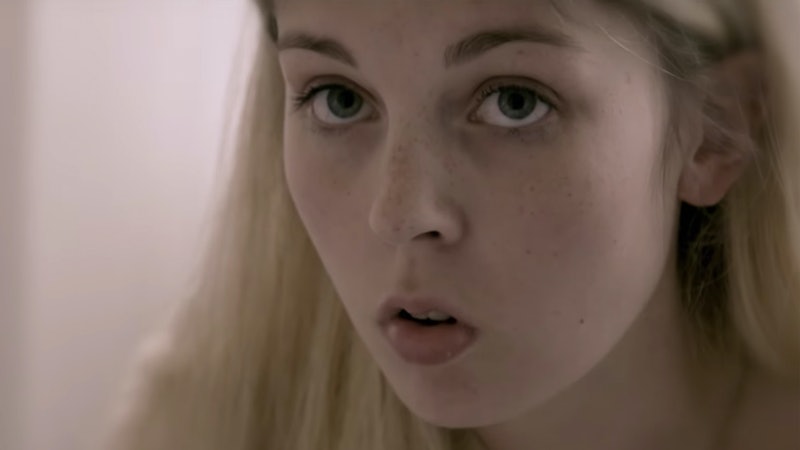 Back in 2017, an eye-opening Channel 5 documentary aired. Its aim? To show exactly what it's like when someone — in this case, a 23-year-old woman named Kenzey — is accused of a crime that they claim they didn't commit. Aptly titled The Accused, the 90-minute documentary is set to air once again on Wednesday night (24 July 2019). But where is Kenzey now?

It's hard to say. At the end of The Accused, Kenzey — whose surname was hidden for legal reasons — was sentenced to three and a half years in prison for child cruelty and failing to protect her child, reports the Daily Mail. It's unclear when this sentencing occurred and if she has been released or still resides behind bars.

Both she and her boyfriend, Kyle, were arrested in November 2014 and, in January 2016, were charged with various crimes relating to injuries suffered by their young daughter, reports the Radio Times. Prosecutors accused Kyle of violently shaking the seven-week-old child, leaving her blind and severely brain damaged. (He was later found guilty of two counts of grievous bodily harm, receiving an 18-year prison sentence, according to the Daily Mail.)

Kenzey, meanwhile, was accused of child cruelty for allegedly not calling the emergency services promptly and for allowing physical harm to a child by leaving her daughter with an individual that appeared to have violent tendencies. Her daughter was later taken away by social services. The 23-year-old's second child — who was born before the trial — was also removed by authorities.

According to the Radio Times, Kenzey agreed to the documentary because she wanted to publicise her side of the story. With no police interviews or witness statements, The Accused isn't designed to be an interrogation; a factor that made it unique in the true crime landscape.

"My interviews with Kenzey were about what was going on in her head, what she was feeling, and how hard it was for her," filmmaker Rob McCabe told the Radio Times. "There weren’t many situations at all where I felt I had to ponder what was true and what was not.

"This film is about the experience of being accused of something, and the effect on her family before any verdict is reached. We felt that that story is never told, and so that’s what we are really shining a light on. It’s an experience that is basically hidden."

The public reaction to the documentary was mixed with some believing Kenzey and others convinced of her guilt. But, ultimately, she was found guilty.

Speaking to legal news site Legal Cheek, Kenzey's lawyer Ronnie Manek called it a "trial by Twitter." He continued: "I’m not sure tweeters fully understood Kenzey’s charges and how they related to Kyle. He was facing an overwhelming case. If he had pleaded guilty to his charges, I don’t think there would have been a prosecution case brought against Kenzey. She was blinded by misguided loyalty."