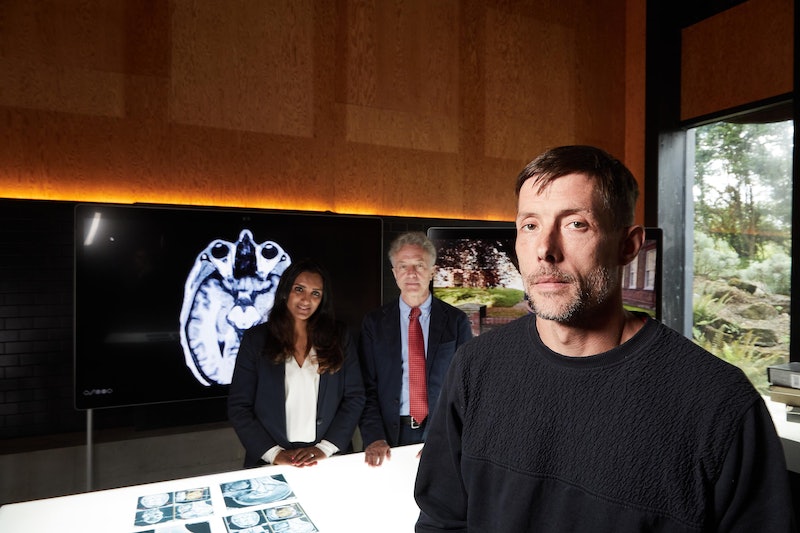 In 1996, Paul Aldridge and an accomplice murdered 60-year-old Tommy McLaughlin, a psychiatric hospital patient they picked after they spotted him walking down the road. They attempted to rob after he falsely revealed he’d won a sum of money, and then proceeded to beat, murder, and discard his body on the roadside. McLaughlin’s murderers were sentenced to 22 years in prison, but where is Paul Aldridge now?

After serving his sentence, Aldridge has reintegrated into his local community and now works as a labourer. He lives with his partner who he’s known since his teens, and they’re expecting their first child. “Right now I’m the happiest I’ve ever been and ever thought I would be. My partner is 34 weeks pregnant,” Aldridge said (via the Daily Mail). “This baby means everything to me, it really does. She’s going to be my life.”

With that in mind, it’s not surprising that Aldridge is “desperate” to learn about why he murdered an innocent man. “I destroyed so many lives in living the life I lived and there will come a time in my life when I’ll have to take stock,” he said. “I want to find out what made me more likely to choose the path I chose rather than me just being bad.”

In the second episode of What Makes A Murderer, neurocrimilogist Professor Adrian Raine and forensic psychologist Dr Vicky Thakordas-Desai discover that Alridge's traumatic childhood had a lot to do with his decision-making before the murder. This involved his “above-average testosterone levels”, witnessing his mother being beaten by numerous boyfriends, and his brain being affected by his mother drinking while pregnant with him.

“Paul’s early life experiences were pretty traumatic,” Thakordas-Desai tells The Independent. “Witnessing domestic abuse, being a victim of physical, sexual maltreatment, neglect — they were very much there in abundance. Alongside that, there was a lack of a protective figure or a maternal figure. And very early on, he started to see aggression and violence normalised around him.”

While these factors don’t excuse the crime he committed, it’s important to see how experiences like this can lead to tragedy. “The process is never about glamorising crime or making excuses,” Thakordas-Desai added. “A crime has been committed; there has to be retribution.”

“This is about gaining an understanding. We’re all individuals, we’re all made up differently, our experiences impact what we become.” The psychologist also makes it clear that they’re not saying people who experience trauma or abuse in their early life will become criminals.

“That’s just not true. What we do know is that, coupled with a variety of other risk factors and a lack of protective factors, that can create a mix for somebody to have an increased propensity for offending.”

What Makes A Murderer starts Thursday (Nov. 28) on Channel 4 at 9 p.m., and continues next week.

More like this
Yinka Bokinni Recalls Terrifying Truth At Heart Of 'How To Hire A Hitman'
By Frances Stewart
'Sherwood’s Filming Locations Hold Deeper Meaning
By Rachel Mantock
12 Documentaries & Films About Cults From Netflix UK To Hook You From Start To Finish
By Kay Leong
Yes, Luca Bish Really Doesn’t Drink Alcohol
By Shahed Ezaydi and Sophie McEvoy
Get The Very Best Of Bustle/UK