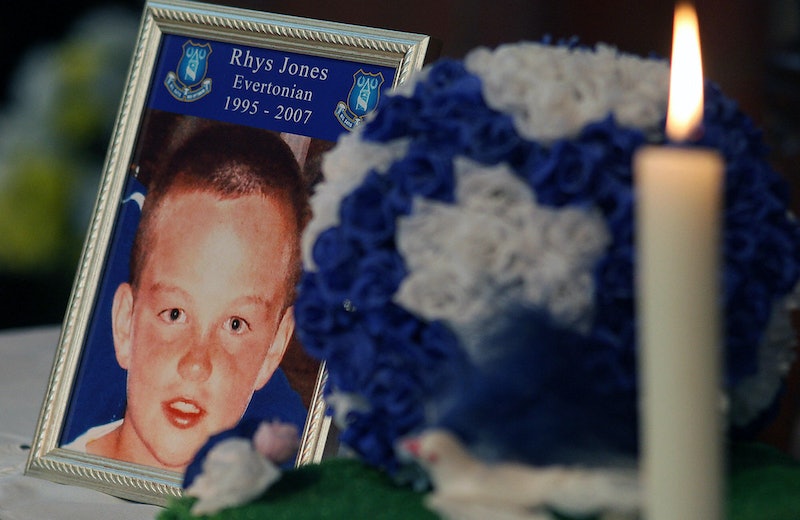 Re-airing this weekend (May 24), ITV's 2017 drama Little Boy Blue tells the tragic story of 11-year-old Rhys Jones, who was shot and killed while walking home from football practice by then 16-year-old Sean Mercer in 2007. A member of the Croxteth Crew gang, Mercer fired shots at a rival gang which ultimately hit Jones instead. A year following his death, the teen was sentenced to life in prison, with a minimum of 22 years, but where exactly is Sean Mercer now?

Now in his mid-twenties, Mercer is currently serving his time at Category A HMP Frankland in County Durham, the Mail Online reports. In 2017, the year Little Boy Blue first aired, the Mail published a letter written by the killer in which he owned up to the crime after vehemently denying it while on trial. "I have to live with what happened every day and it's horrible," he wrote. "I've said it kills me inside, I didn't know the little lad had been hit until hours later. I didn't see him, I found out on the night time. It's a s**t situation."

This starkly contrasts his attitude in court in 2008, where he was seen "laughing and fooling around in front of the judge, while a jury looked on, unimpressed," Coventry Live writes.

More recently, Mercer has been trying to get his sentence reduced per Liverpool Echo. His earliest release date is 2030, but his lawyers "are set to argue that he should be entitled to a sentence reduction because he was a juvenile" when he shot Jones. This follows a law in England and Wales that gives juveniles the right for a "review of their minimum tariff halfway through their sentence," which Mercer is now applicable for, the Echo writes. However, at the time of his sentencing, Mercer was 18-years-old, and therefore classed as an adult, which will cast doubt on his appeal.

According to the Echo, Mercer "is understood to be claiming he has turned his life around behind bars." However, this goes against reports which allege from tabloids such as the Daily Star that "he's become a prominent gang member" within HMP Frankland.

"We're not happy Mercer is doing this," Rhys' father, Steve Jones, told the Echo. "He's got his sentence and he had a fair trial. He's just trying to get out as soon as he can, he should serve his full 22-year tariff. You read certain things that Mercer is a changed person, but like the others in his gang have proved, they've been in more trouble since Rhys was killed. I don't think he's changed.

"These updates about how of of them is trying to challenge things, it brings Rhys' murder back to us all the time," he continued. "Mel [Rhys' mother] gets these phone calls and it takes her back to the car park when she went to find Rhys all those years ago."

More like this
A New Netflix Doc Will Explore The Unsolved Murder Of Jill Dando
By Sam Ramsden
This First Look At 'The Gold' Shows Jack Lowden In A Whole New Light
By El Hunt and Sam Ramsden
Everything To Know About The 'Daisy Jones & The Six' TV Series
By Maxine Harrison and Brad Witter
Rita Ora Finally Opened Up About Marrying Taika Waititi & Their "Perfect" Wedding
By Sophie McEvoy and Catharina Cheung
Get The Very Best Of Bustle/UK
Sign up for Bustle UK's twice-weekly newsletter, featuring the latest must-watch TV, moving personal stories, and expert advice on the hottest viral buys.