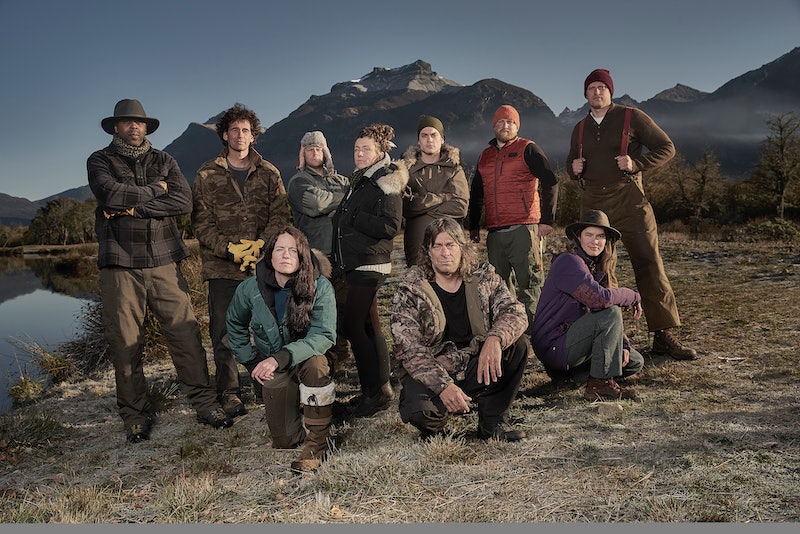 The History series Alone takes 10 amateur survivalists and puts them into some of the most extreme locations on Earth. There, they attempt to outlast their competitors by surviving with a limited pack of tools and just human ingenuity to get them food, shelter, and safety. The show is part of a trend of highly addictive series about people surviving in crazy conditions, from Naked and Afraid to Ultimate Survival Alaska. And, months after filming their 10 episodes, what the Alone Season 3 cast is doing now shows they are still pushing themselves, even after going through unimaginable conditions in Patagonia. It's pretty impressive, I have to say.

Catching up with these 10 competitors definitely reaffirms that I am not, nor will I ever be anything even close to a survivalist (unless surviving the walk into the kitchen to get more popcorn during commercial breaks qualifies). But these people are as different from one another as a group of people who all think spending a hundred days alone in the wilderness is fun can be. Some of them are totally devoted to the survivalist lifestyle, some have totally eschewed social media, and others you'd never guess are equipped with major skills.

Ahart went right back to his life as a corporate accountant after returning from Patagonia, and in an interview with FedEx (his employer), he seems totally chill about the possibility of returning for another round of Alone. The only thing he missed? "You take for granted how simple it is to acquire something to eat every day," he says, but after eating a plate of hot wings, he was back to loving the outdoors.

It makes sense that Fairchild, who has revealed she lives in an isolated Alaskan community, is social media shy. In fact, she credited the fact that she's used to total isolation to her success on the show. "Being far away from loved ones wasn't unknown to me. That helped me while I was out there," she told Cleveland.com.

Post-Alone, Fowler is back to being a YouTuber who gives viewers humorous/helpful tips on slingshot-based activities. Basically, if you have a particularly big backyard and are looking for some weird stuff to do with a slingshot on the weekends, you will have a lot of fun with this channel.

Most of this cast could probably give a lesson or two on how to survive, Gault is actually a "Wilderness Skills Instructor" by day, according to his Instagram. If you're intrigued, he's started posting some instructive videos on YouTube that can have you building your own shelter in just ten minutes.

This scientist is right back to getting outside in the cold, but she now has her family, including her two adorable kids, by her side. In addition to lots of pictures of the Canadian scenery and family photos, Hanacek is also a fan of lots of locally caught food.

He's a skillful competitor, and he may be starting to share those skills online, like some of the other members of the cast — he's posted a few short instructive videos. But for now, he's not yet a YouTube guru, and mostly teaches bushcraft and desert survival in person instead.

When she's not surviving in the wilderness for TV, North is a small business owner with an actual modern apothecary. She also is still singing and making music, as evidenced by her Instagram account.

Something about this charming survivalist feels like he should always be sitting in front of a roaring fire wearing a camo jacket and carrying a giant knife. In fact, it's not quite natural to see him on his Facebook page sitting in front of a fancy computer. But he's adopted some social media in order to occasionally share news about courses he's teaching or share his newest outdoors adventure — and to accept the love from so many of his Alone fans.

This guy spends his days helping teach groups of children learn camping skills, climbing, and how to build things. Basically, he runs the perfect summer camp to send your teenagers to if you're expecting the apocalypse.

Wowak may have been on a survivalist series, but his passion in real life is the art of bushcraft, which he handily explains is "longer term living needs, items that make life better and easier, and skills that allow us to further extend our reach in the wilderness using what it has to offer to make life their easier" on his website, which advertises his highly developed bushcraftin' skills.

The show may reach its conclusion on Feb. 9, but you can follow these survivalists to the end of the earth.