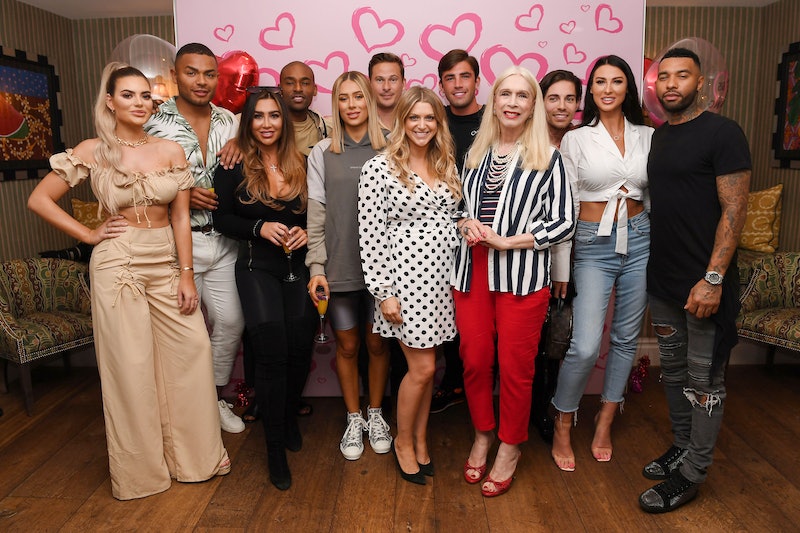 Dating shows may be about watching a bunch of strangers find true love, but after a while, I start to wonder about the inner workings of the show. Like where it’s filmed, whether or not it’s an actual agency or restaurant, and if there’s any way to get some advice from the experts. I can’t be the only one, right? Since Celebs Go Dating is finally making its return tonight, I think now is the perfect time to finally found out where is the Celebs Go Dating agency, and is it actually real?

Well, the agency is real and continues to serve those looking for love even when the cameras aren’t there. “It is absolutely real and legitimate, obviously Paul [Brunson] and I have private work as well which we do, but we come together for this show,” dating expert Anna Williamson recently told the Express. “What you see on-screen is absolutely legit. I mean, we’re not there all the time, but when we condense time in for filming we’re there […] it’s very much an active dating agency.” Sounds like a lot happens off camera at this office, too.

According to the newspaper, the agency is located in central London. And while there isn’t a specific borough mentioned, last year the Camden New Journal reported that Camden Council approved plans for the show to be filmed in Holborn via paperwork published by the council. Whether that remains to be the case for this series seems to be unknown, so I reached out to a rep for the show to see whether the agency still calls Camden it's home. I’ve yet to hear back, but I’ll let you know if I do.

As Williamson notes, the dating experts are pretty busy when they’re not focused on celebrity matchmaking. Brunson founded “what has now become an award winning boutique matchmaking and lifestyle coaching agency” as described on his site, and he was also a co-host on Oprah Winfrey’s Lovetown among other projects. Williamson is a qualified counsellor and uses her experiences with mental health to advise and coach those that need help.

Both Willamson and Brunson replaced former experts Eden Blackman and Nadia Essex, who have both gone on to continue their work as dating and lifestyle experts. Essex went on to open her own agency, aptly named ‘The Agency’. “It’s just basically my real-life version [of the show], being able to help everyone with love coaching, dating advice, relationship advice, whatever people need,” she revealed to the Mirror in 2017.

“I started The Agency because I want to offer a bespoke service. I don’t want 140 characters on Twitter to define my advice. I want to give a much more personal, one-on-one service. Yes, you’ve seen me on the show but now you can meet me in real life and get personal advice.”

So, if you’re in the market for some love or lifestyle advice, you don’t need to go on national television to do so it seems. The experts that have been or are still involved in the show are ready and waiting to give you advice, so at least there’s that to think about while you’re watching this year’s bunch of celebs find their potential matches.

More like this
Joey Essex Is Rumoured To Be Dating A 'Love Island' Favourite
By Sam Ramsden
ITV’s New Take On 'Love Island' Is Only For MILFs & DILFs
By Sam Ramsden
Spencer Matthews’ Impressive Net Worth Expands Far Beyond Chelsea
By Sam Ramsden
Barney Walsh Has Been Linked With This Famous Miss World Winner
By Sophie McEvoy
Get The Very Best Of Bustle/UK
Sign up for Bustle UK's twice-weekly newsletter, featuring the latest must-watch TV, moving personal stories, and expert advice on the hottest viral buys.