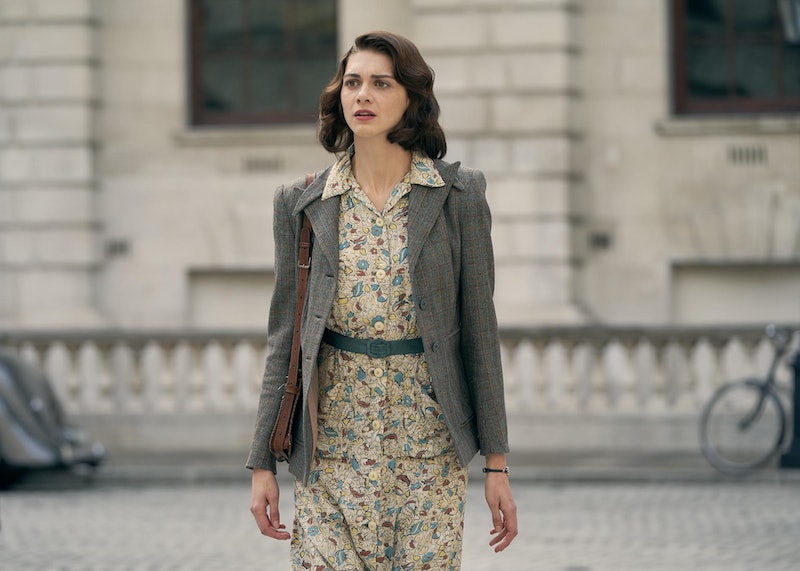 Channel 4's latest offering Traitors has everything you could ever want from a spy thriller, especially one that takes place in a post-WWII Britain. But I can't be the only one wondering how on earth they've managed to replicate such a destructive era in British history. So where is Traitors filmed?

Well, you'd think a show that centres around a post-WWII London would be filmed in, y'know, London. But that doesn't seem to be the case for Traitors, as the majority of filming took place in South Wales, mainly Cardiff. As reported by WalesOnline, the Welsh capital was utilised to display the carnage and destruction that London received during the Blitz. Under the title Jerusalem at the time, production took over a car park on Bute Street in Cardiff Bay last April to create a post-war set for the Channel 4 series, as tourist site It's On Cardiff reports.

Sat opposite Portland House, a Grade II listed building and former Natwest bank, the set included facades of burned-out buildings and houses that looked so realistic that locals believed Portland House itself had been damaged, according to the site. In May, the reason for the bombed-out buildings became slightly more obvious when a shoot took place that saw a '40s-era London bus get blown up right in front of the facades. "We've had the production crew in all week using the banking hall and vaults, so I spent the week with the crew and became very aware with what was going on," an employee of Portland House told WalesOnline. "We were a little concerned about the windows of Portland House but thankfully, the crew had boarded them up beforehand."

The volume of the explosion resulted in South Wales Police having to put local residents at ease by issuing an update through Twitter. "Please by advised that South Wales Police are aware of a loud explosion in the Butetown area of Cardiff," the tweet read. "This is a filming location. Nothing to be concerned about."

The shoot lasted around 4 months according to production site The Knowledge, filming in and around Cardiff, with some of the principal photography also being shot in London. And if you're wondering why the majority of filming took place in Cardiff, it's likely down to cost and the fact shooting in Wales is cheaper than London.

"[South Wales] is about 30 per cent less than shooting in London," chief operating officer of BBC Worldwide Productions Courtney Conte told the Hollywood Reporter. After BBC executives Jane Tranter and Julie Gardner decided to set up production of Doctor Who in Wales for its 2005 reboot, it sparked "a production surge in high-end TV productions" and also "boosted employment in the creative industries across the whole of Wales by more than 50 per cent." It's no wonder that the likes of Casualty, Sherlock, and most recently A Discovery of Witches, have utilised the varied and gorgeous landscapes that Wales provides.