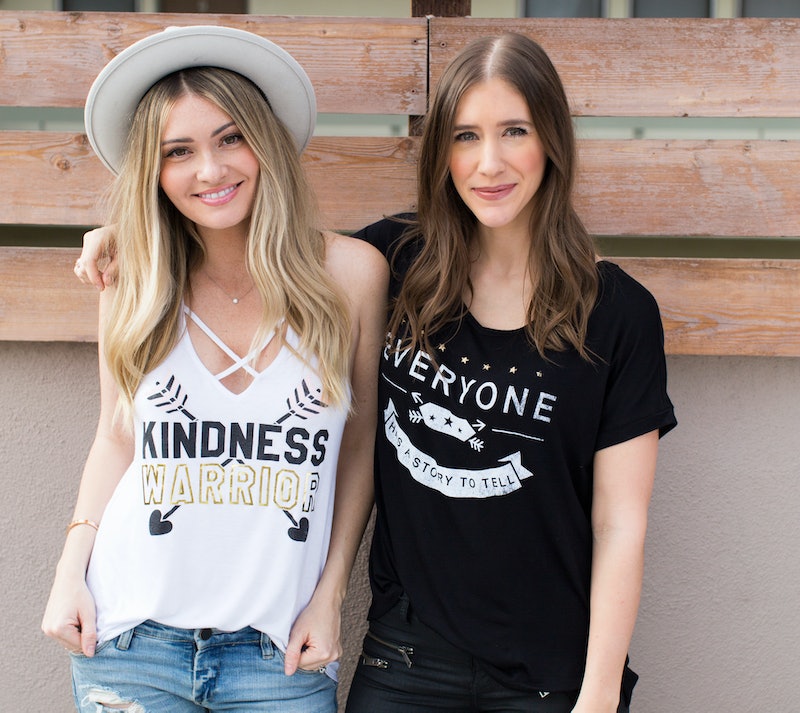 Bullying has always been a persistent problem in our society, but many people and organizations are working to change that. One such organization is the Kind Campaign, who recently teamed up with Kohl's to create their second Kind Campaign x Kohl's collection, to remind people everywhere that being kind is always the way to go.

One dollar from every shirt sold will go directly to benefit the Kind Campaign, which was founded in 2009 after the creators Lauren Paul and Molly Thompson made a documentary about bullying across the United States called "Finding Kind." Immediately after making their documentary, Paul and Thompson traveled around the country to hold school assemblies discussing girl-on-girl bullying (kind of sounds like the scene in Mean Girls, but this is not a joking matter).

The Kind Campaign has existed ever since and has helped create Kind Clubs at schools across the country to encourage friendly behavior between peers.

The tees and tanks are filled with uplifting sayings.

This is the second Kind Campaign x Kohl's collection.

You can shop all of the tees and tanks on Kohls.com.