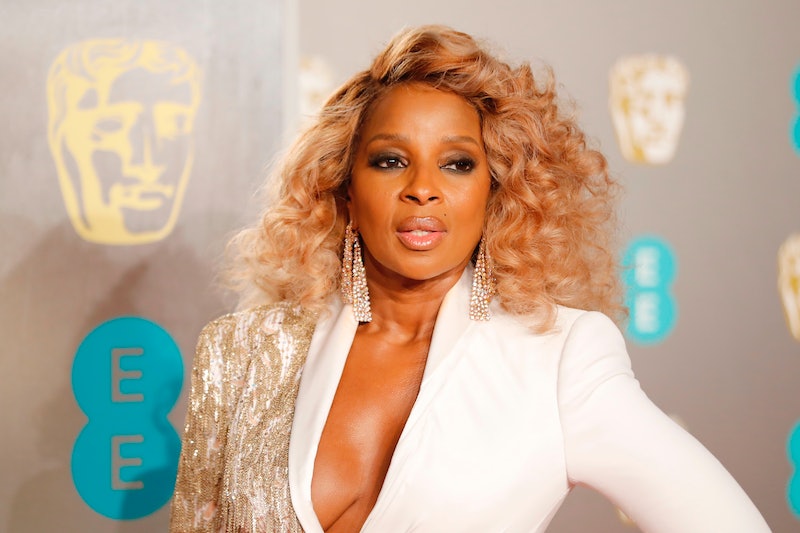 If you're looking for a fresh new wine to try this summer, Mary J. Blige has got you covered. The nine-time Grammy Award winner has been taking the music world by storm since the early '90s and is now trying her hand at the wine business. Blige's new wine label, Sun Goddess Wines, is exactly what you need to stay refreshed in the summer heat.

Sun Goddess Wines is described as "an exclusive collection of limited edition wines," according to Essence.com. As of right now, the line features two of Blige's favorite wines: a Sauvignon Blanc and a pink Pinot Grigio Ramato (aka a rosé). The collection was done in collaboration with Italy's Fantinel Winery, which has been around since 1969 and is currently run by the third generation of Fantinels.

Blige recently met with one of the Fantinels through R&B singer Maxwell. She and Marco Fantinel were sharing white wine when he asked her if she wanted to come up with her own line. Though Blige had never considered treading into the wine business, she was quick to jump on the opportunity with Fantinel.

The name of Blige's wine line comes from a nickname her older sister, LaTonya Blige-DaCosta gave her. Because Blige is known to stay sitting in the sun for much longer than anyone around her, Blige-DaCosta began calling her the "Sun Goddess." The name seemed like a perfect fit for a wine collection that features summer flavors like melon, banana, and yellow bell pepper.

In her Instagram post about the release, Blige noted that she has been working on Sun Goddess Wines for the past three years. "I hope this brings you some joy during these trying times," she wrote. "I hope you love it and it makes you smile."

Starting June 29, you can preorder the two Sun Goddess Wines for $19.99 each, and they'll begin shipping out on July 5. The wine is also now available in stores in New Jersey and New York and will be made available worldwide in August.

Blige isn't the only celebrity that's branched out of their usual career to launch wine collection. She joins rapper Post Malone and actor couple Ashton Kutcher and Mila Kunis who have all released wine collections in the past few months alone.

Whether you're sipping alone in your backyard or along with your friends at a socially distanced picnic, Sun Goddess Wines can help you channel your inner diva while keeping you refreshed all summer.