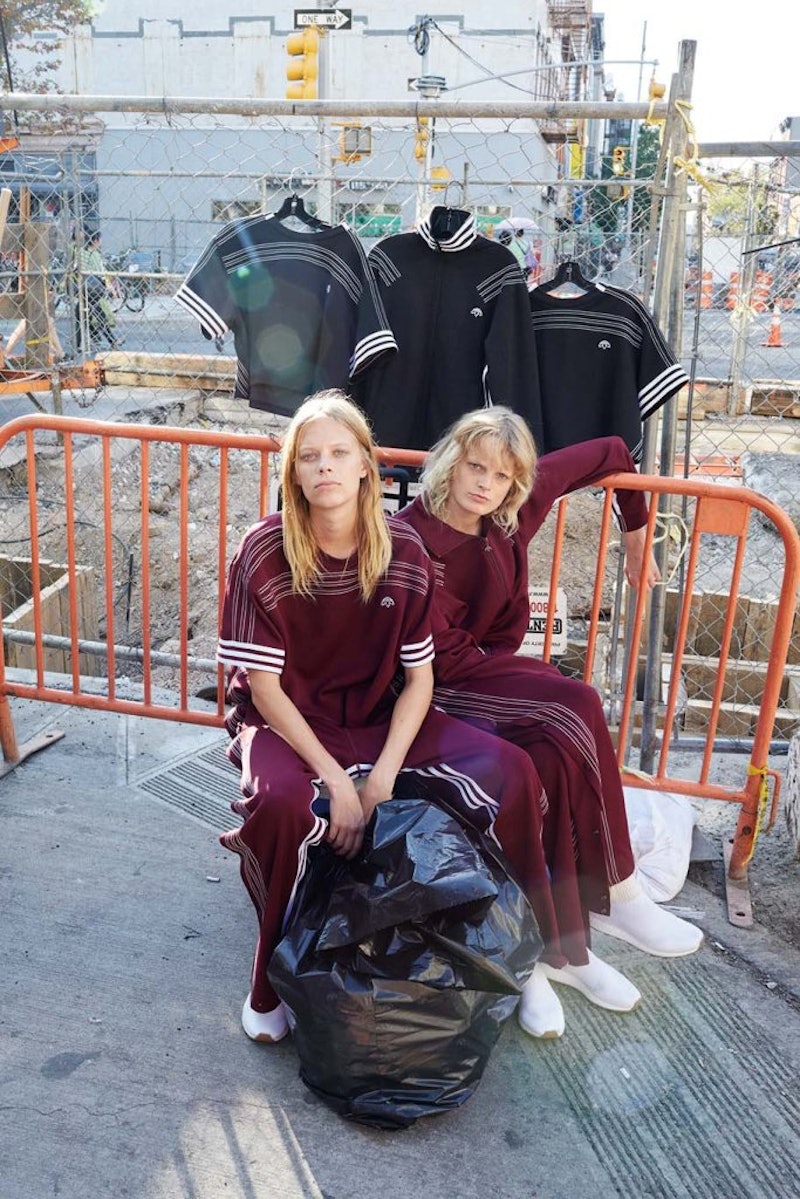 Athleisure is no longer a passing trend — it's a fashion movement that isn't going away anytime soon. Athletic-inspired fashion apparel is becoming so popular, in fact, that designer brands are getting in on the action. Case in point: the second wave of Alexander Wang x Adidas.

With fashion's king of cool and one of the trendiest athletic brands of the moment, people shouldn't be surprised that a second release was on its way. The first collection from Alexander Wang x Adidas Collection made huge headlines and was so well-received, it's clear that this one will do just the same.

According to WWD, Wang's second release with Adidas, named Flip Track, is a 14-piece collection that will include crop tops, track suits, shorts, and footwear, and it will all be available on Wednesday, March 1 in a select handful of stores around the world. Don't worry if you're not near any of them, however — you'll be able to shop the collection once it's released everywhere on March 4 in Adidas Originals and Alexander Wang stores as well as online.

You Can Shop The Adidas Originals By Alexander Wang At Alexanderwang.com

Currently, Wang's collection with the athletic shoe brand includes a total of 84 pieces, and there are plans for more, where the drops will be throughout the season much like Rihanna's Fenty line with Puma. Of course, this isn't the designer's first collaboration rodeo; he worked with H&M back in 2014, where crowds flocked stores in Europe and the U.S. We can only expect the same for high-fashion athleisure lovers.

This collection has the ultimate cool vibe.

It wouldn't be Adidas without its signature stripes.

Thank God we don't have to wait long to shop this collection!