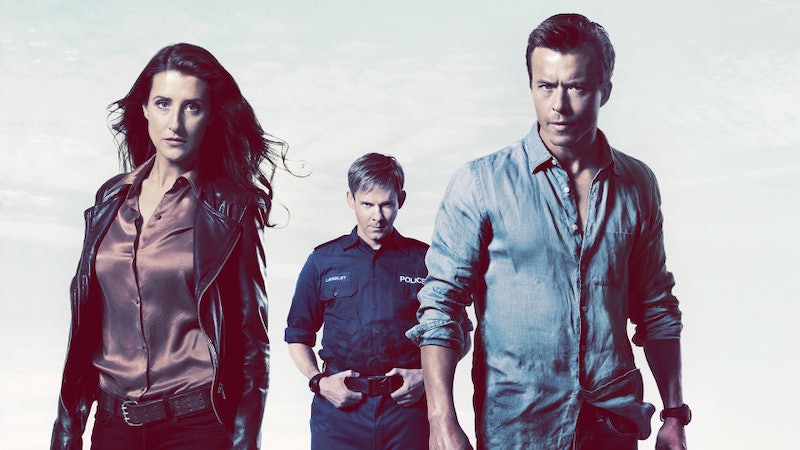 Shark Week isn’t until late July, but crime channel Alibi is kicking off things a little early this year with the premiere of Bite Club. The Australian drama, which premiered down under in 2018, is set to air tonight for the first time in the UK. Seeing as the show is most likely set on the coast, where is Bite Club filmed and are the locations easy to get to?

For the most part, the series was shot in the suburb of Manly in New South Wales, Australia. A 30-minute-drive from Sydney, the coastal town is a tourist destination that’s easily accessible by car or ferry. It's known for its beaches, like most towns on the coast in NSW, and Bite Club certainly made the most of its location by using the likes of Curl Curl and Dee Why Beach to the north, alongside Manly Beach surrounding the actual suburb.

Exterior shots for the show’s police station were filmed at Manly Pavilion, “with the interiors build at North Head” to the south of the town. “Sydney locations promise to deliver a crime thriller series with an unmistakably Australian feel,” Screen Australia CEO Graeme Mason said in a press statement (via The Sydney Morning Herald). “[T]his series is bound to resonate with Australian audiences and beyond, as we expect this show will also have strong international appeal.” Over its eight-episode run, Bite Club captures the beauty of Sydney’s northern beaches despite the featuring the real-life danger of shark attacks.

Starring Dominic Monaghan, Todd Lasance, and Ash Ricardio, Bite Club follows Detectives Dan Cooper (played by Lasance) and Zoe Rawlings (Ricardio) who are still dealing with the psychological effects of a shark attack that led to Dan losing his leg. At the time, the detectives were in a relationship but split due to the accident.

Now ready to get back to work, the two investigate a serial killer that’s targeting shark attack survivors, who are also members of a ‘Bite Club’. This refers to a meeting of survivors “who gather to compare scars, both physical and psychological at the local pub.”

Hopefully, they start to realise that this might not be the safest place to hang out anymore. Y’know since there’s a serial killer on the loose with a very specific type of victim.