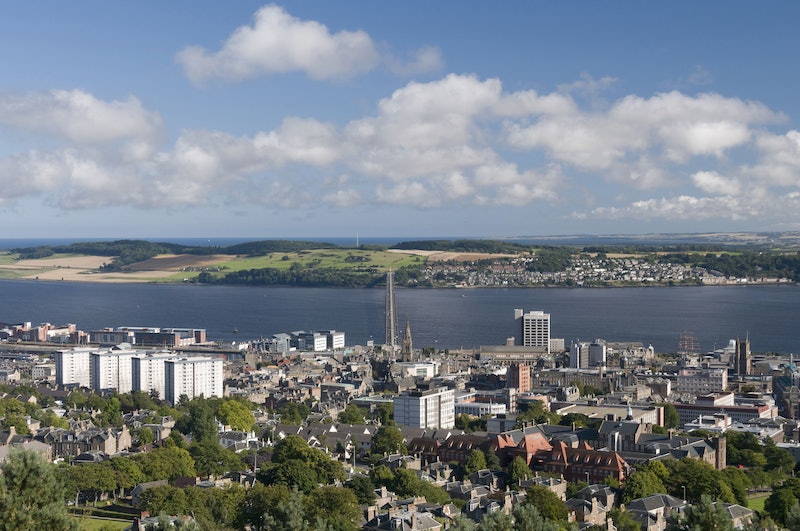 Christmas is all about joy and laughter, but it's also an excellent opportunity to enjoy some brand new shows. If you're after a juicy crime drama to fill your telly schedule, Alibi's Traces is a perfect choice. The series follows three forensic scientists working for the Scottish Insitute of Forensic Science (SIFA) who are investigating a mysterious unsolved murder. But where was Traces filmed, and will you be able to visit the locations featured in the show?

Well, expect to be captivated by the beautiful architecture and the surrounding landscapes of Dundee, because the series was filmed on location, meaning, yes, you can visit pretty much all of the places featured in the show.

Last summer, the series' cast and crew were spotted filming in Dundee's city centre. One of its main stars, Line of Duty's Martin Compston, was also seen "interacting with locals in-between takes", as The Courier reports. Compston also posted a photo of his Dundee escapades on Instagram last July, posing next to a statue. He also uploaded a pic of V&A Dundee, which acted was used as a filming location.

Compston was also photographed by Dundee councillor Lynne Short, who tweeted her excitement of spotting "Hollywood royalty" from her workplace. "To give him his dues he was a really, really decent guy and was getting selfies with folk. There was a lot of folk going up," she told the newspaper. "I know he is very proud of his Scottishness and is probably delighted to be here."

"Certainly from a city point of view there is definitely more (filming) opportunities coming along," she added. Dundee City Council posted their gratitude for Traces being filmed in the city on Facebook last July. "It's turning out to be a great summer for TV production in Dundee," the post read. "'Traces' star[ring] Martin Compston, Molly Windsor and Laura Fraser is the latest drama to be filmed here! #DundeeIsNow".

Councillor Alan Ross also gave high praises for the series, telling The Courier how it would have a fantastic impact on Dundee. "It's great news for Dundee that so many productions are choosing to come here and show off the city to national and global audiences," he said. "This makes such a positive impact bringing opportunities for businesses, tourism, and the people of Dundee."

The series also used residential locations around the city, including Wellington Street and Nelson Street, as the Evening Telegraph reported at the time. Signs were placed by Red Production Company informing residents of the filming, and that the roads would be closed on July 3 for the whole day.

More like this
'The Catch' Revisits A Famed Irish Filming Spot From 'The Tudors'
By Darshita Goyal
Everything To Know About The 'Daisy Jones & The Six' TV Series
By Maxine Harrison and Brad Witter
Your Guide To Watching 'Everything Everywhere All At Once' In The UK
By El Hunt and Sophie McEvoy
Armani Jackson Is Following In His Famous Actor Sister’s Footsteps
By Catharina Cheung
Get The Very Best Of Bustle/UK
Sign up for Bustle UK's twice-weekly newsletter, featuring the latest must-watch TV, moving personal stories, and expert advice on the hottest viral buys.