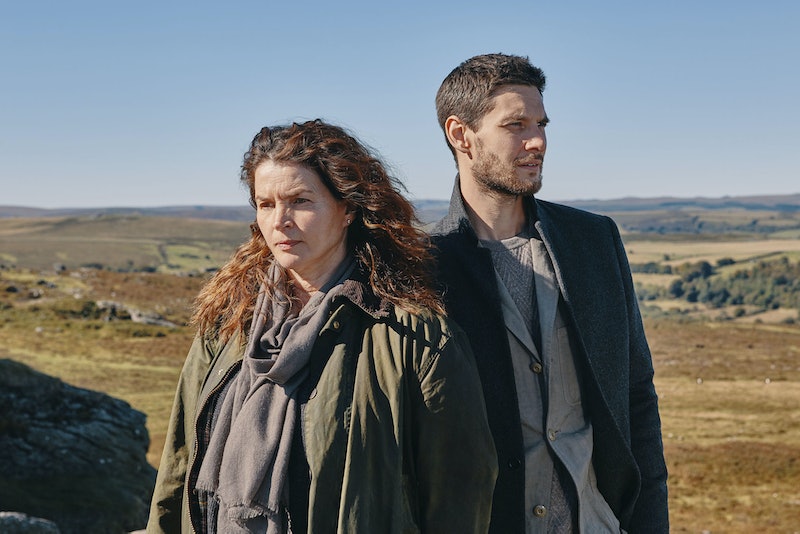 Just when you thought the BBC were done with providing quality autumn entertainment, they've only gone and scheduled another stellar drama. Starring Ben Barnes and Julia Ormond, this miniseries focuses on a relationship that has quite a hefty age gap between its two main characters, Julia and Benjamin. It's also set in London and Devon, so there will be plenty of places to visit once you've become hooked. But where was Gold Digger filmed?

Shot on location, Gold Digger utilises what both London and Devon have to offer in terms of realistic sets and landscapes. As iNews notes, fans of Ben Barnes spotted a scene for the show being filmed in Widecombe. The village is in the heart of Dartmoor National Park, and Barnes and Ormond can be seen walking together down a street next to the Church House. According to The National Trust, it was built in around 1540 and is "the finest example of a church house in Devon, if not in the whole country." It was where parishes would brew ales and liquor for events.

The extensive heathland of Dartmoor can also be seen in the trailer, which you can marvel at by hiking on marked trails or by driving across the moors. Filming also put the actors in some pretty precarious situations, as Ormond explained to Irish News, including a "promontory with cliffs dropping on either side."

Ormon and Barnes also went on "little dates" during filming to strengthen the relationship between their characters. "We instantly had a great connection," he told the Daily Mail. "We spent time on little dates going to English country pubs and catching about the world and the story."

In terms of where it was shot in London, there doesn't seem to be a whole lot of info on specific locations. Although, Ormond also mentioned to the Irish Times that the museum Julia initially meets Benjamin was the British Museum, so Bloomsbury may have been one of the main spots for filming. "A portion of the story also occurs in London and so there's a section of it that we got to shoot in extraordinary places," the actor said.

"We had an amazing day at the British Museum where we turned up early and no-one else was there — it was definitely one of those rather jammy moments you have as an actor."