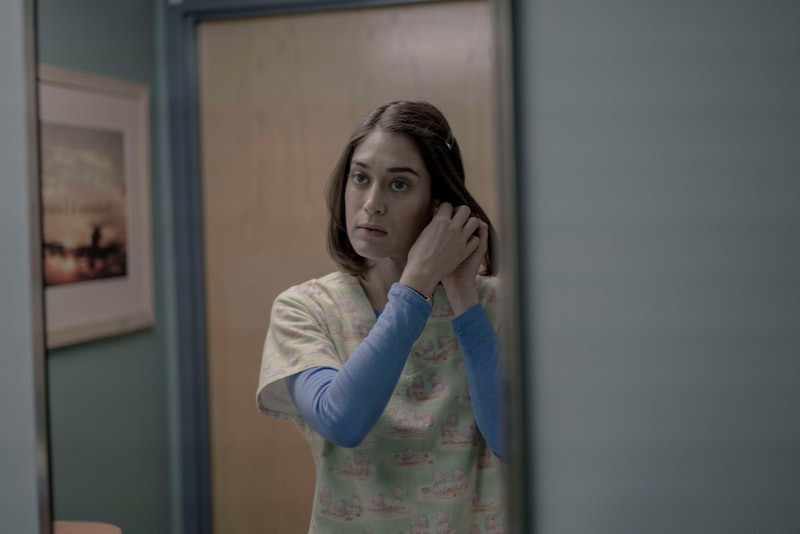 Though the show is set in Stephen King's home state of Maine, Castle Rock is actually filmed in Massachusetts, several hundred miles away. According to Boston radio station WBUR, much of Season 1 was shot in the small town of Orange, with interiors filming at the region's only production studios and sound stages in Devens. The area lent the perfect atmosphere to Castle Rock's strange and often creepy mythology, so when it came time to film Season 2, production returned to the state.

In April 2019, local paper the Daily Hampshire Gazette reported that Castle Rock's cast and crew had traveled back to Orange's downtown area to begin production on the new episodes, turning an old brick building on South Main Street into the Castle Rock Police Department and replacing signs and dressing up storefronts to bring the fictional town to life.

Two months later, the Greenfield Recorder reported that Castle Rock was back in Orange again, taking over North and South Main Street and School Street to East and West River Streets, where they were filming at several buildings including the First Universalist Church of Orange.

One of the spookiest locations the show filmed in was Tewksbury Hospital, a mental institution that Season 2 stars Lizzy Caplan (Annie Wilkes) and Elsie Fisher (Joy Wilkes) found "terrifying."

"They had this huge lot and, like, tunnels underground just in the middle of the field," Fisher told Bustle at New York Comic-Con of the creepy abandoned house that Annie ends up in after an ill-fated night. "There's part of it that was a women's prison and where they would, like, keep dead bodies and it was a lot."

Caplan described it as a "corrupt alms house," saying that she believed staff was stealing from patients and that "it was really screwed up" because the workers supposedly "sold the patients' dead babies to medical places for science tests."

She added that security guards warned her and Fisher not to go to the third floor. Caplan did it anyway, but vowed she'll "never go again." "They took off the doors from the rooms, and you could see scratch marks on the inside," Fisher said.

Castle Rock also filmed extensively in Clinton, Massachusetts for the show's second season, and again in August, when they were said to have wrapped up production in the area, according to MassLive. Town Administrator Michael Ward told the outlet that all the money raised from the production was "paid to either police, fire crews, private property or the school district" and didn't benefit the town directly, though they planned to reevaluate that approach should Castle Rock or any other show wish to return.

Other small Massachusetts towns had the chance to be a part Castle Rock's second season as well. Crews headed to Leominster in June, with one resident calling the production "the most exciting" thing that had happened in the 34 years he'd lived there. Residential and commercial buildings in Gardner were also used, as well as an address in the town of Littleton.

In addition, Merrimack River Park in Haverhill closed down for a day in August to accommodate filming, though residents were told very little about the episode or episodes in which their town would appear. Finally, Tewksbury State Hospital, which was used in Season 1 of Castle Rock, got another visit from the Hulu series in July, rounding out what seemed to be a pretty detailed tour of the state of Massachusetts for the show's cast and crew.

With Season 2's focus on one of King's most infamous characters, Misery's Annie Wilkes (Lizzy Caplan), a nurse struggling with her mental health who finds herself stuck in the town of Castle Rock, the real Massachusetts towns that form the fictional one will play an integral role in bringing the spooky new episodes to life.