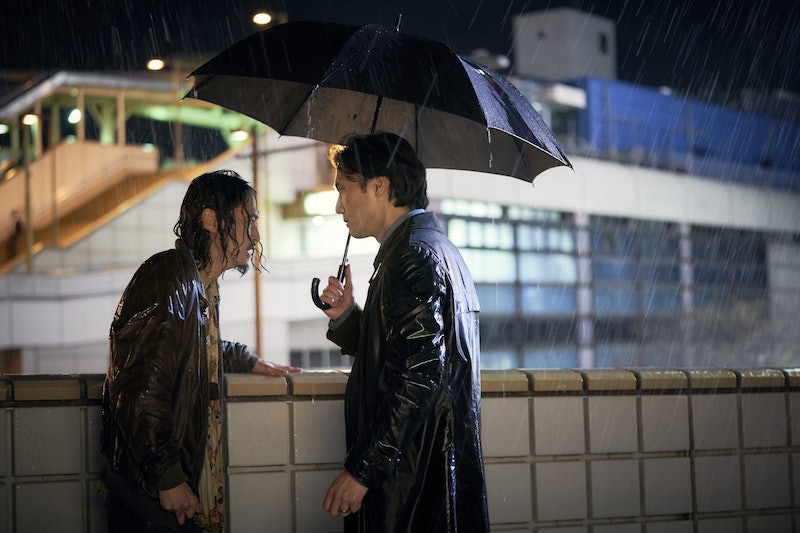 New BBC Two crime thriller Giri/Haji, made in collaboration with Netflix, is a story set in two huge cities: London and Tokyo. The show is beautifully shot and in a totally believable way. So where is Giri/Haji filmed?

The show was filmed internationally in order to solidify and make real its multinational storyline. According to iNews, locations included two huge cities, London and Tokyo, as well as the small town of Hastings in East Sussex.

The show's director Julian Farino spoke to the BBC about the gargantuan globetrotting task that was shooting this show, saying: "It was kind of a monster shoot: 104 days of filming for me, across eight months. It was a biggie."

However, Farino said it was also "enjoyable," and that was "partly the pleasure of working with the Japanese crew and actors." He continued:

"They were fantastic, just a completely different sensibility, and it was a fresh experience for them, too. They weren't used to filming the way that we film. And you know what? Across that 104 days, you could probably count the fluffs in delivery of lines on the fingers of one hand. I mean, they were immaculate."

However, despite the cast and crew being a dream, the weather in each of their locations certainly was not. As the Daily Mail reports, "The production team survived a typhoon and an almost apocalyptic rainstorm in Japan, as well as Storm Gareth, a cocktail of wind and rain that conjured up 20ft waves on the Sussex coast when production moved to Hastings in March." Holy moly.

And then there were the huge action scenes. The show's director Farino explained to the BBC that, for him, filming the "Battle of Soho" (a huge shoot-out in episode four) was one of the most daunting tasks of his career, but he took inspiration from a popular HBO show:

"I haven’t really done action on this scale before. Doing the Battle of Soho was a little scary ... The question was, how do we stage this sequence which is so ambitious in its length without it feeling like it’s just gunfire? How do you keep the characters at the foreground? ... I looked at that brilliant sequence in the first season of True Detective, where it had a kind of grandeur to it, in the way it was a single shot of brilliant staging, a sort of first-hand experience."

Giri/Haji follows the story of two brothers, Kenzo and Yuto, whose formerly close relationship has ended. Kenzo is now a detective with the Tokyo police, and he faces his toughest challenge yet when tasked with searching for his own brother. Yuto is accused of having murdered a member of Japan's infamous criminal organisation, the Yakuza. Kenzo is sent to London to find his brother, if he's even alive, along with the truth of what actually happened. This sees him delving not only into the UK's police force but also the gritty underbelly of the British criminal world.

The show will be in eight parts and have you gripped start to finish.

More like this
'The Catch' Revisits A Famed Irish Filming Spot From 'The Tudors'
By Darshita Goyal
Alan Carr's 'Changing Ends' Is A Witty Sitcom Based On His Own Life
By Darshita Goyal
9 Time Catherine Cawood Was An Absolute Badass In Happy Valley
By Sophie McEvoy
Armani Jackson Is Following In His Famous Actor Sister’s Footsteps
By Catharina Cheung
Get The Very Best Of Bustle/UK
Sign up for Bustle UK's twice-weekly newsletter, featuring the latest must-watch TV, moving personal stories, and expert advice on the hottest viral buys.