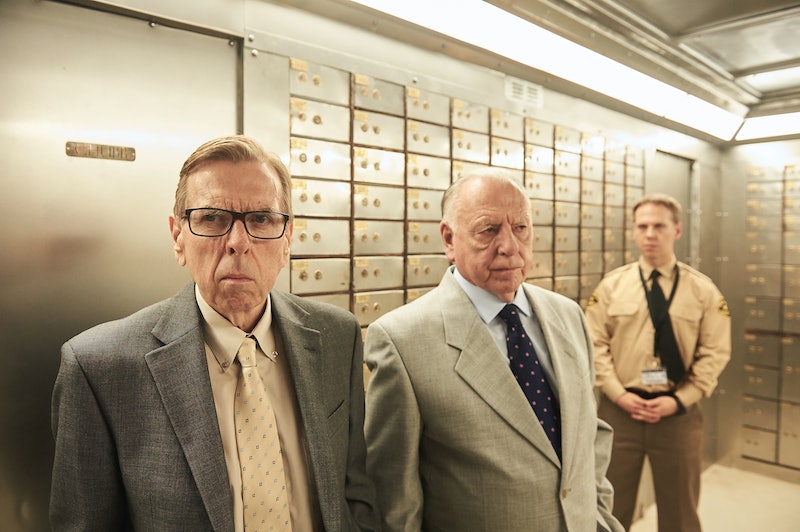 If you're a fan of crime dramas and think the month of May might need a little spicing up with a new series to sink your teeth into, help could be at hand in the form of Hatton Garden. The ITV series kicks off on ITV May 20 2019, and is based on the 2015 jewellery robbery that has been described as "the heist of the century," with the value stolen being in the millions. But where was Hatton Garden filmed? The setting of this new show looks super realistic.

According to Radio Times, the series was supposed to be aired back in 2017 but ITV confirmed that the show had been postponed with a spokesperson saying "we have rescheduled Hatton Garden, which will now be broadcast next year."

In terms of the accuracy of the ITV series, Radio Times report that it seems to be pretty spot on, with writer and executive producer Jeff Pope saying "there is nothing in there that has come out of thin air purely because we thought that would add a bit of spice to the pot." However, Pope added that some details of exactly what happened back in 2015 will always be "impenetrable".

Despite this, it doesn't look like all the series was filmed in the locations where the heist took place. iNews reported that some filming took place at the West London Film Studios where designers were able to build an "astonishingly accurate" replica of the vault in which the robbery occurred by hand. In an interview with BT TV, protagonist Timothy Spall said:

"We recreated the vault in the studio and in filming our story you realised these were old blokes working very hard in what was very difficult, physical, skilled engineering. So when we got down to filming the work, you realise how hard it was. No wonder my character and the others were exhausted. They were old."

According to the Express, the show was delayed twice and both times were due to the real life trials of the Hatton Garden heist. The arrest and conviction of one the of the members, Michael Seed, led to the second delay. This series will be the third time the events have been dramatised since the 2015 robbery. Previous renditions of it include The Hatton Garden Job with Larry Lamb and King of Thieves with Michael Gambon and Michael Caine. But this series promises a fresh take.

Hatton Garden stars Timothy Spall, Kenneth Cranham, Alex Norton, and Brían F O’Byrne as the team of OAP criminals who are determined to pull off one last heist. When asked about what he thought of the 2015 crime, Spall told iNews "many people lost their livelihoods because of this crime. A very strong subplot in our drama shows the consequences of what they’ve done. The idea that it is a victimless crime is a misnomer."

As previously mentioned, the four-part series based around the infamous jewellery heist kicks off on May 20 2019, and the episodes will be released on a nightly basis. If the trailer for this series is anything to go by, Monday to Thursday is set to be pretty epic.